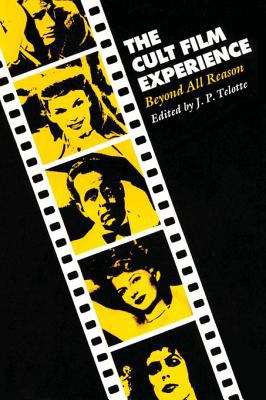 "Play it again, Sam" is the motto of cult film enthusiasts, who will watch their favorite movie over and over, "beyond all reason. " What is the appeal of cult movies? Why do fans turn up in droves at midnight movies or sit through the same three-hanky classics from Hollywood's golden era? These are some of the questions J. P. Telotte and twelve other noted film scholars consider in this groundbreaking study of the cult film. The book identifies two basic types of cult films-older Hollywood movies, such as Casablanca, that have developed a cult following and "midnight movies," most notably The Rocky Horror Picture Show. Telotte, Bruce Kawin, and Timothy Corrigan offer thought-provoking discussions about why these two types of movies become cult films, the sort of audience they attract, and the needs they fulfill for that audience. Subsequent essays employ a variety of cultural, feminist, ideological, and poststructural strategies for exploring these films. In a section on the classical cult film, the movie Casablanca receives extensive treatment. An essay by T. J. Ross considers Beat the Devil as a send-up of cult films, while another essay by Wade Jennings analyzes the cult star phenomenon as personified in Judy Garland. "Midnight movie madness" is explored in essays on The Rocky Horror Picture Show, movie satires of the 1950s, science fiction double features, and horror thrillers. Illustrated with scenes from favorite movies and written for both fans and scholars, The Cult Film Experience will appeal to a wider audience than the "usual suspects. "Texas Film and Media Studies SeriesThomas Schatz, Editor