Vicki Pettersson/Signs of the Zodiac Collection #2 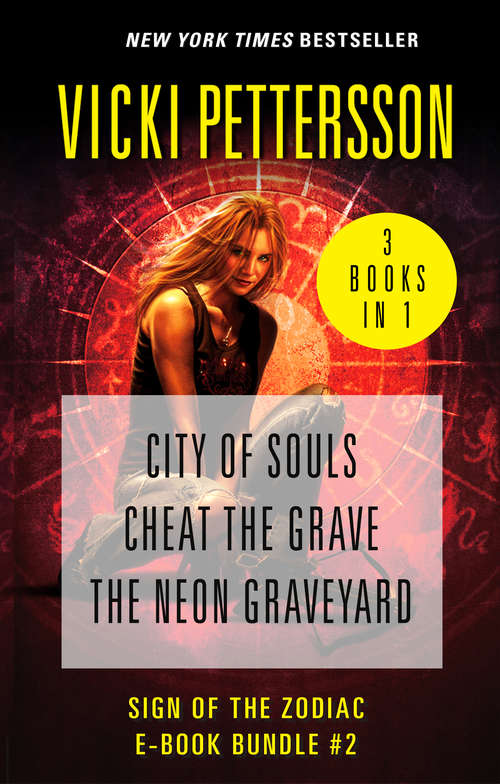 City of Souls: Warrior, avenger, Joanna Archer has survived countless otherworldly terrors—and has found her rightful place among the agents battling the all-pervasive evil of Shadow . . . even as she struggles against the darkness within herself. A war is raging for Las Vegas—a city without a heart—one that catapults Joanna into a new world hidden from mortal sight. In this lethally seductive alternate dimension the lines blur between good and evil, love and hate, and here lies the last hope for the Light. But Joanna's price of admission is a piece of her own soul—and the odds of her escaping are slim . . . to none.

Cheat the Grave: Return now to the battle between Shadow and Light being fought in the dark, unseen corners of “Sin City” Las Vegas. The fifth book in Vickie Petterson’s New York Times bestselling Signs of the Zodiac series, Cheat the Grave follows newly mortal Joanna Archer on her most chilling adventure of all.

The Neon Graveyard: Explore the dark supernatural underside of Sin City in The Neon Graveyard—the dramatic conclusion to the dark and terrific New York Times bestselling urban fantasy series by Vicki Pettersson. The sixth and final Sign of the Zodiac, The Neon Graveyard plunges heroine Joanna Archer—heiress, prophesied savior, and former soldier for the Light—into the ultimate battle for the soul of Las Vegas, a secret war for our world that is being waged in the shadows.