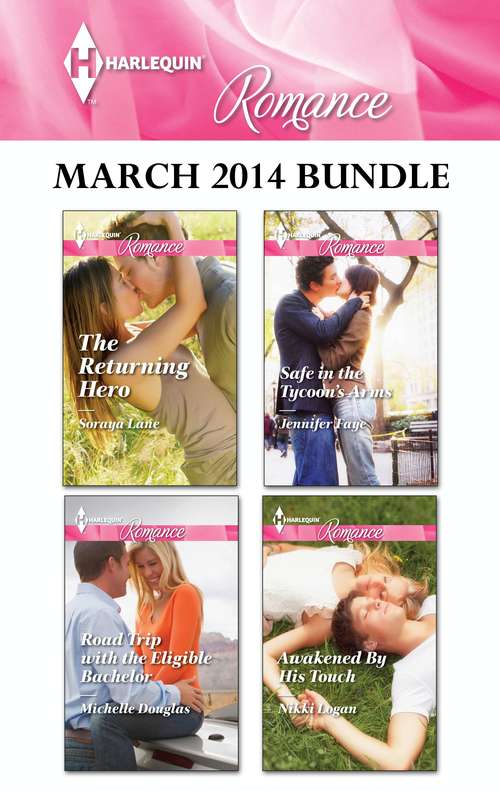 THE RETURNING HERO: Six months after her husband's death, Jamie knows she has to start living again. And when fellow soldier Brett Palmer turns up, Jamie knows it's fate. Brett is the only other person who can make her feel alive again.

Brett swore he would protect Jamie, but being so close to her is driving him insane. So Brett does everything he can to fight their connection. Until the words slip out—he's always loved her. With a second chance staring them both in the face, there is no going back….

ROAD TRIP WITH THE ELIGIBLE BACHELOR: Quinn Laverty and her young sons are planning to start a new life on the other side of the country! With her family abandoning her, and her ex choosing wealth and privilege over fatherhood, her boys are all she's got.

But when an airline strike interferes with her plans, Quinn finds herself taking the car and up-and-coming (not to mention seriously gorgeous!) politician Aidan Fairhall to Sydney. And trapped together on a weeklong road trip, opposites Quinn and Aidan begin the most unexpected and life-changing journey of their lives….

SAFE IN THE TYCOON'S ARMS: When billionaire Lucas Carrington returns to his New York mansion, he never expects to find beautiful stranger Kate Whitley making herself at home. Invited by his aunt to stay, he soon discovers she's a woman in need. She's raising funds for her sick daughter, so he agrees to let her stay—temporarily!

Kate may not belong in Lucas's high-society world, but she sees there is more to this tycoon than the headlines suggest.

AWAKENED BY HIS TOUCH: Laney Morgan may be blind, but she's no pushover. When Elliot Garvey walks into her life wanting to globalize her family business, she plans to make him work for it.

Work Hard, Play Hard may be Elliot's motto, but being around the irresistible Laney, he starts to see a new world through her eyes. But he's here strictly for business….

Until Elliot guide's Laney's hand to his face. They can't ignore the chemistry, especially the realization she's about to be awakened to a world she never knew.