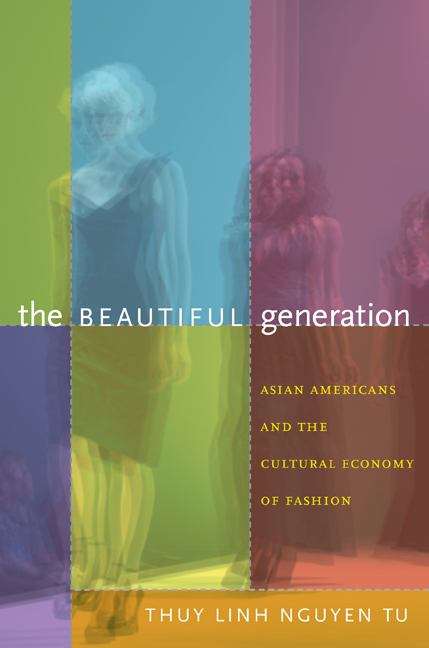 Since the 1990s, young Asian Americans including Doo-Ri Chung, Derek Lam, Thakoon Panichgul, Alexander Wang, and Jason Wu have emerged as leading fashion designers. They have won prestigious awards, been chosen to head major clothing labels, and had their designs featured in Vogue, Harper's Bazaar, and other fashion magazines. At the same time that these designers were rising to prominence, the fashion world was embracing Asian chic. During the 1990s, "Asian" shapes, fabrics, iconography, and colors filled couture runways and mass-market clothing racks. In The Beautiful Generation, Thuy Linh Nguyen Tu explores the role of Asian American designers in New York's fashion industry, paying particular attention to how they relate to the garment workers who produce their goods and to Asianness as a fashionable commodity. She draws on conversations with design students, fashion curators, and fashion publicists; interviews with nearly thirty Asian American designers who have their own labels; and time spent with those designers in their shops and studios, on their factory visits, and at their fashion shows. The Beautiful Generation links the rise of Asian American designers to historical patterns of immigration, racial formation, and globalized labor, and to familial and family-like connections between designers and garment workers.