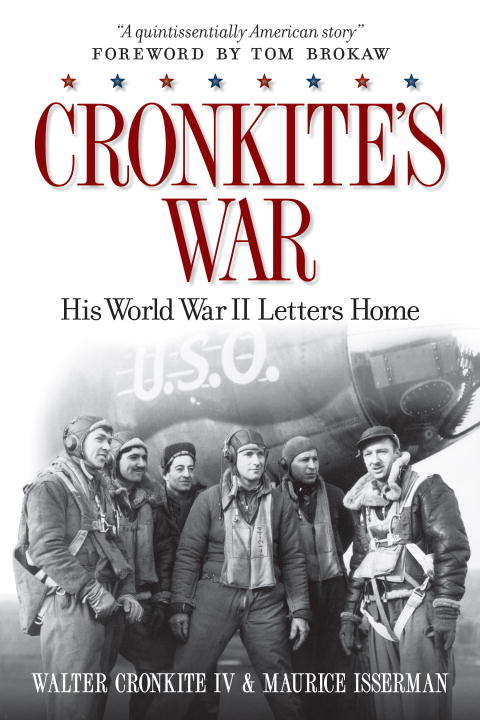 A giant in American journalism in the vanguard of "The Greatest Generation" reveals his World War II experiences in this National Geographic book. Walter Cronkite, an obscure 23-year-old United Press wire service reporter, married Betsy Maxwell on March 30, 1940, following a four-year courtship. She proved to be the love of his life, and their marriage lasted happily until her death in 2005. But before Walter and Betsy Cronkite celebrated their second anniversary, he became a credentialed war correspondent, preparing to leave her behind to go overseas. The couple spent months apart in the summer and fall of 1942, as Cronkite sailed on convoys to England and North Africa across the submarine-infested waters of the North Atlantic. After a brief December leave in New York City spent with his young wife, Cronkite left again on assignment for England. This time, the two would not be reunited until the end of the war in Europe. Cronkite would console himself during their absence by writing her long, detailed letters -- sometimes five in a week -- describing his experiences as a war correspondent, his observations of life in wartime Europe, and his longing for her. Betsy Cronkite carefully saved the letters, copying many to circulate among family and friends. More than a hundred of Cronkite's letters from 1943-45 (plus a few earlier letters) survive. They reveal surprising and little known facts about this storied public figure in the vanguard of "The Greatest Generation" and a giant in American journalism, and about his World War II experiences. They chronicle both a great love story and a great war story, as told by the reporter who would go on to become anchorman for the CBS Evening News, with a reputation as "the most trusted man in America."Illustrated with heartwarming photos of Walter and Betsy Cronkite during the war from the family collection, the book is edited by Cronkite's grandson, CBS associate producer Walter Cronkite IV, and esteemed historian Maurice Isserman, the Publius Virgilius Rogers Professor of History at Hamilton College.