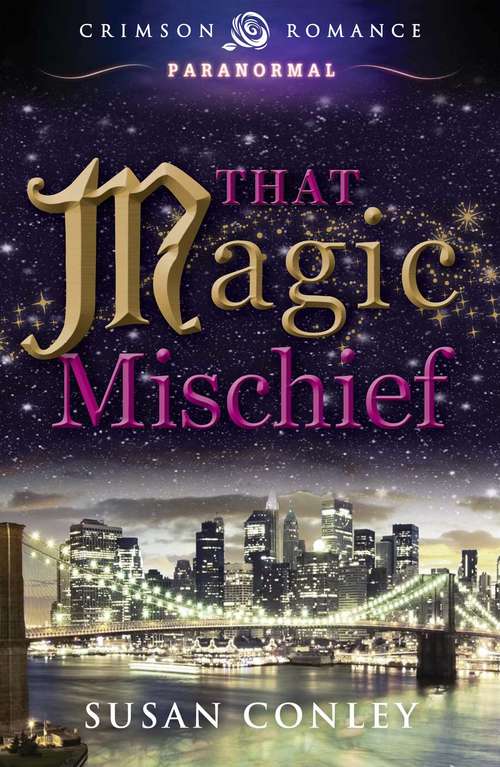 What was the point of being a witch if Annabelle Walsh couldn't manage a spell to fix her broken heart? Okay, maybe calling herself a witch was pushing it - but as a dedicated dabbler in all things metaphysical, the twenty-six-year-old figured she could, at the very least, speed up the healing process. Dumped out of the blue by high-powered banker Wilson Monroe, her boyfriend of two-and-a-half years, Annabelle's hopes of walking down the aisle seem remoter than ever, and springtime in New York had never looked so dismal.With the help of her dearest friends in the world - cool, calm, and collected Lorna, and fiery, feisty, and foul-mouthed Maria Grazia - Annabelle tries to pull herself out of the dumps by crying her eyes out, getting smashed on girly drinks, and trying to work the odd spell. An idle wander into an unfamiliar New Age shop adds the bit of magic in her life that she'd been looking for: a Pooka called Callie, an interfering, mischievous spirit determined to turn Miranda's life around - mostly by turning it upside down.Suddenly, Annabelle hasn't got time to brood, and her career as a journalist begins to take off; in fact, it's during a brainstorming session for an off-off-off-off Broadway theatre production that she meets tall, dark, and handsome Jamie Flynn, an Irishman in New York who seems to be keen at first sight, if not in love quite yet. As Annabelle gets her life back on track, she starts to see the difference between real life, a real career, a real man . . . and all it took was a little magic mischief.Sensuality Level: Behind Closed Doors