Economic Mobility and the Rise of the Latin American Middle Class 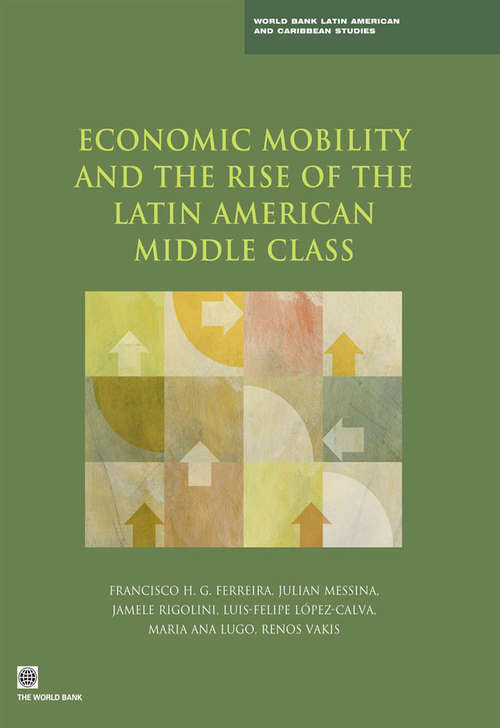 After decades of stagnation, the size of Latin America's middle class recently expanded to the point where, for the first time ever, the number of people in poverty is equal to the size of the middle class. This volume investigates the nature, determinants and possible consequences of this remarkable process of social transformation. We propose an original definition of the middle class, tailor-made for Latin America, centered on the concept of economic security and thus a low probability of falling into poverty. Given our definition of the middle class, there are four, not three, classes in Latin America. Sandwiched between the poor and the middle class there lies a large group of people who appear to make ends meet well enough, but do not enjoy the economic security that would be required for membership of the middle class. We call this group the 'vulnerable'. In an almost mechanical sense, these transformations in Latin America reflect both economic growth and declining inequality in over the period. We adopt a measure of mobility that decomposes the 'gainers' and 'losers' in society by social class of each household. The continent has experienced a large amount of churning over the last 15 years, at least 43% of all Latin Americans changed social classes between the mid 1990s and the end of the 2000s. Despite the upward mobility trend, intergenerational mobility, a better proxy for inequality of opportunity, remains stagnant. Educational achievement and attainment remain to be strongly dependent upon parental education levels. Despite the recent growth in pro-poor programs, the middle class has benefited disproportionally from social security transfers and are increasingly opting out from government services. Central to the region's prospects of continued progress will be its ability to harness the new middle class into a new, more inclusive social contract, where the better-off pay their fair share of taxes, and demand improved public services.