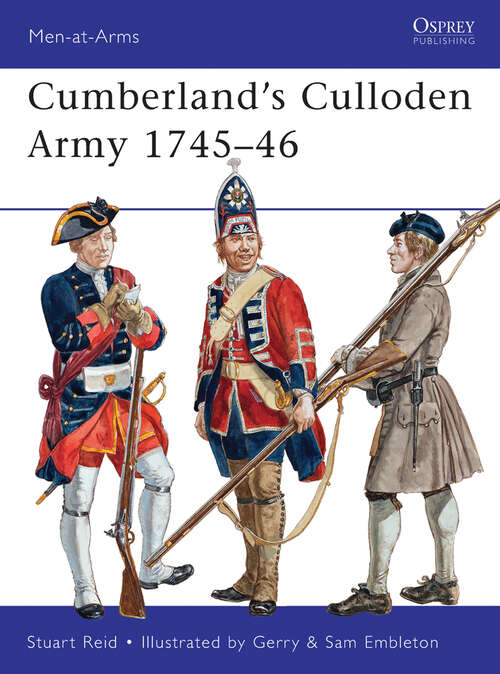 In August 1745 Charles Edward Stuart, the 'Young Pretender', landed in Scotland and sparked the Second Jacobite Rising. The Jacobite forces seized Perth, then Edinburgh, where they proclaimed the Young Pretender's father King James VIII; they trounced their Hanoverian opponents at Prestonpans and crossed into England, getting as far south as Derby before withdrawing into Scotland. Far from universally popular north of the border, the Jacobite army bested another Hanoverian army at Falkirk and besieged Stirling, only to be routed by the Duke of Cumberland's army at Culloden in April 1746, a crushing defeat that ended any prospect of a Stuart restoration.Youngest son of Britain's Hanoverian king George II, the victorious general was lauded by his supporters while being reviled by his opponents as 'Butcher' Cumberland. His polyglot army, the subject of this book, included English regular Line infantry, cavalry, artillery, marines, and Scottish infantry (more Scots served on King George's side than followed 'Bonnie Prince Charlie'); English and Scottish 'provincial' infantry and cavalry regiments; and Hanoverian, Hessian, Dutch and Swiss infantry, cavalry and artillery.Featuring full-colour artwork depicting the distinctive uniforms of Cumberland's men, this exhaustively researched study offers a wealth of detail of regimental strengths and casualties and includes an extended chronology that places individual units in specific places throughout the campaign that culminated at Culloden.