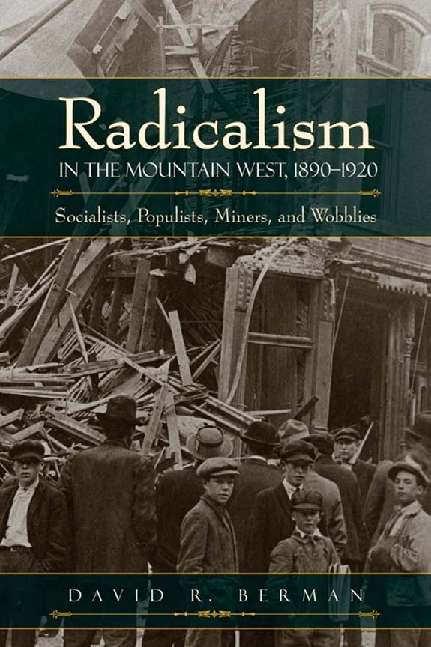 Radicalism in the Mountain West, 1890-1920 traces the history of radicalism in the Populist Party, Socialist Party, Western Federation of Miners, and Industrial Workers of the World in Arizona, Utah, Nevada, Idaho, Montana, Wyoming, Colorado, and New Mexico. Focusing on the populist and socialist movements, David R. Berman sheds light on American radicalism with this study of a region that epitomized its rise and fall. As the frontier industrialized, self-reliant pioneers and prospectors transformed into wage- laborers for major corporations with government, military, and church ties. Economically and politically stymied, westerners rallied around homegrown radicals such as William "Big Bill" Haywood and Vincent "the Saint" St. John and touring agitators such as Eugene Debs and Mary "Mother" Jones. Radicalism in the Mountain West tells how volleys of strikes, property damage, executions, and deportations ensued in the absence of negotiation. Drawing on years of archival research and diverse materials such as radical newspapers, reports filed by labor spies and government agents, and records of votes, subscriptions, and memberships, Berman offers Western historians and political scientists an unprecedented view into the region's radical past.