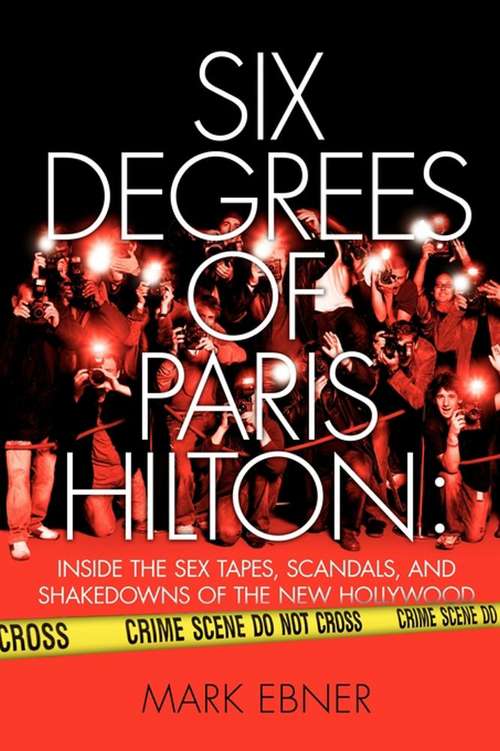 In the burgeoning Hollywood club scene, where ecstasy dealers dine alongside celebrities, and illicit money bubbles up from below like the La Brea Tar Pits, a handsome double-murderer and ex-con of refined wit and taste charmed his way into young Hollywood's most elite social circles. Serving as their hired muscle and arbiter of street justice, he ultimately went on to expose their scandalous, hard-kept secrets -- all the while waging a criminal campaign against the ill-deserving rich and famous. Filled with sex, drugs, and sudden violence, Six Degrees of Paris Hilton: Inside the Sex Tapes, Scandals, and Shakedowns of the New Hollywood is the shocking true tale of Darnell Riley, a well-mannered middle-class kid from Los Angeles who reinvented himself as a stone-cold gangster in the boxing gyms and bruising streets of South Central, before serving seven years for a double homicide at fifteen. Released at age twenty-three, he infiltrated a far more decadent crowd whose privileged lifestyle is familiar to most only in weekly magazines. During his six-year stab at Hollywood, Darnell ran with its It girls and bully boys: He befriended Paris Hilton; was associated with multiple sex tapes; held Girls Gone Wild founder Joe Francis at gunpoint and humiliated him on camera; dated models; ran numbers; trafficked in drugs; carried out contract beatings; and "possibly" staged a daring series of home-invasion robberies, many of which were attributed to the infamous Bel-Air Burglar. In a potent real-life mix of Entourage and The Wire, award-winning journalist Mark Ebner follows Darnell's riveting story, from exclusive interviews conducted inside Corcoran State Prison, through the mean streets of Los Angeles, employing a Rogues Gallery of characters unrivaled in modern crime. The ultimate exposé of the greed, hypocrisy, and vulgarity behind Hollywood's new breed of feral rich and illicitly famous, Six Degrees of Paris Hilton is a front-row seat to the best show in town.