The Management of Public Services in Central Asia 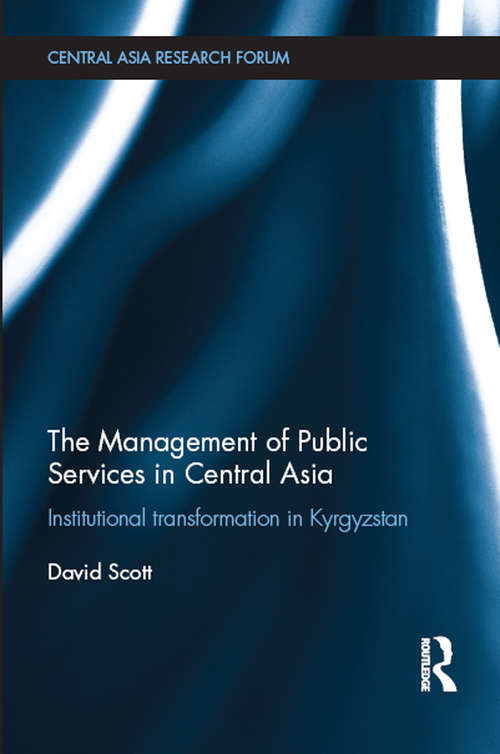 The ending of the Soviet Union in 1991 had a major political and economic impact on Central Asia. Kyrgyzstan was one of the most severely affected countries, suffering a deeper recession than the other republics. During the first five or six years Kyrgyzstan followed the advice of the International Monetary Fund and was considered a model of both economic and political reform.

This book analyses the ability of the newly independent government in Kyrgyzstan to create a realistic national vision, prepare a strategy, organise and control its public services to deliver the desired result. Covering a fifteen year period and using the case study of the educational sector – which declined even though the economic situation in Kyrgyzstan improved – the author throws light on many other aspects of a country in transition, in particular, on strategy, implementation and outcomes. Comparisons with other sectors such as roads and pensions, and in particular the health care sector are presented. A multifaceted approach using case studies, phenomenology, interviews, historical and comparative analyses offers a more complete picture of national management of public service and the structure of government administration. The book also investigates the contribution made by the international aid organisations.

A detailed study of institutional transformation in Kyrgyzstan, this book is of interest to academics studying former socialist countries in transition, the history of the Soviet Union and Central Asian studies in general.