Beyond the Spectacle of Terrorism 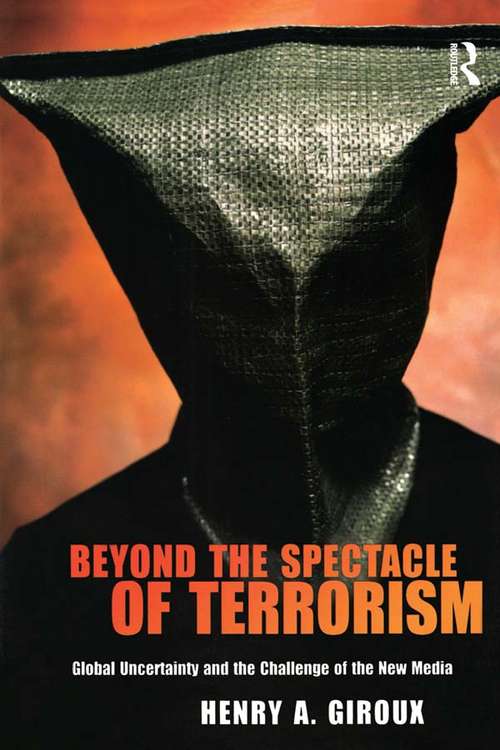 "Henry Giroux's essay awakens us to the ways new media proliferate and circulate images and ideas of terror that order our lives, pervert our pedagogy, delimit our democracy. Recommended reading for anyone who wants to comprehend our times, our politics, our possibilities." --David Theo Goldberg, University of California, Irvine "Henry Giroux is one of the sharpest cultural critics today. His new book is an important intervention on media and spectacles. It shows us the depth of the dark side, only to conclude that the same media may be deployed in recovery against the social fragmentation caused by fear and consumerism, which is essential to bringing the country back to the path of decency and justice." --Arif Dirlik, University of Oregon Prominent social critic Henry Giroux explores how new forms of media are challenging the very nature of politics in his most poignant and striking book to date. The emergence of the spectacle of terror as a new form of politics raises important questions about how fear and anxiety can be marketed, how terrorism can be used to recruit people in support of authoritarian causes, and how the spectacle of terrorism works in an age of injustices, deep insecurities, disembodied social relations, fragmented communities, and a growing militarization of everyday life. At the same time, the new media such as the Internet, digital camcorders, and cell phones can be used to energize sites of resistance, provide alternative public spheres, pluralize political struggles, and expand rather than close down democratic relations. Giroux considers what conditions and changes are necessary to reinvigorate democracy in light of these new challenges. Radical Imagination Series