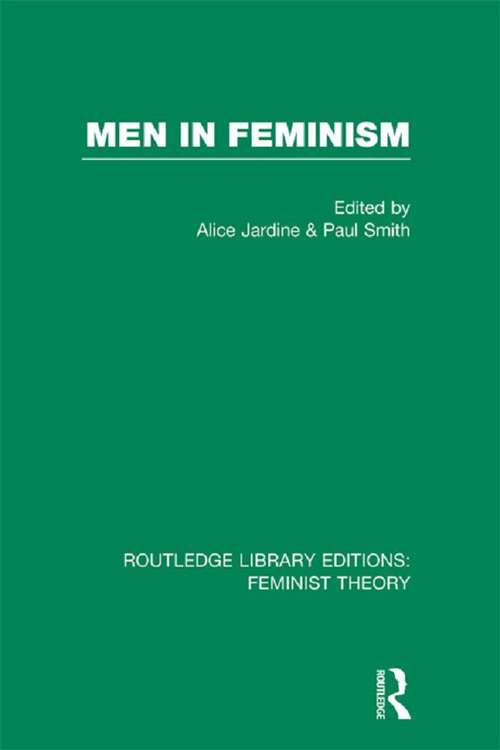 What are men doing in feminist discourse? Although many feminists have commented on the relation, actual or possible, of men to feminist thinking and practice, and although some male academics have written about feminism, there has so far been little shared discussion. Men in Feminism is the first substantial attempt to produce a dialogue between feminists and their male allies.

This lively book, comprised of essays by both men and women, is a controversial sally in the current debate over the future of feminist theory. Its focus is one seemingly direct and yet surprisingly prickly question: the actual and potential relationship of men to the now impressive and widely recognized body of feminist writing. Each essay attempts to assess the benefits or damage of male participation in feminism; several of the contributions stand in direct dialogue with others. The editors present, mediate and reflect upon the agreements and arguments in the book, as well as between themselves as editors. Their dialogue-afterword draws together the questions at the heart of the volume.

Offering few comfortable answers, Men in Feminism will open up discussion of this theoretical and thoroughly political issue.