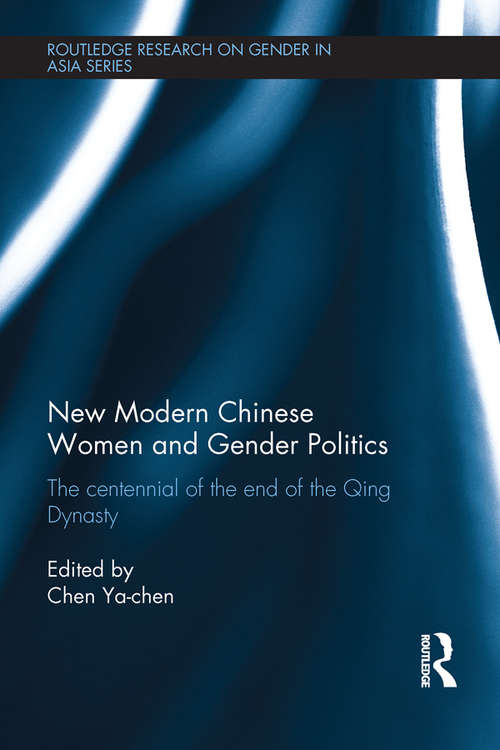 The past century witnessed dramatic changes in the lives of modern Chinese women and gender politics. Whilst some revolutionary actions to rectify the feudalist patriarchy, such as foot-binding and polygyny were first seen in the late Qing period; the termination of the Qing Dynasty and establishment of Republican China in 1911-1912 initiated truly nation-wide constitutional reform alongside increasing gender egalitarianism. This book traces the radical changes in gender politics in China, and the way in which the lives, roles and status of Chinese women have been transformed over the last one hundred years. In doing so, it highlights three distinctive areas of development for modern Chinese women and gender politics: first, women’s equal rights, freedom, careers, and images about their modernized femininity; second, Chinese women’s overseas experiences and accomplishments; and third, advances in Chinese gender politics of non-heterosexuality and same-sex concerns.

This book takes a multi-disciplinary approach, drawing on film, history, literature, and personal experience. As such, it will be of huge interest to students and scholars of Chinese culture and society, women's studies, gender studies and gender politics.