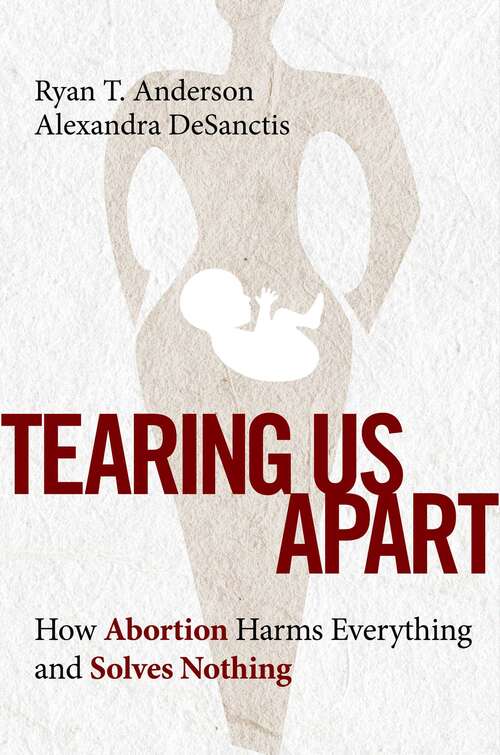 The political philosopher Ryan T. Anderson, bestselling author of When Harry Became Sally: Responding to the Transgender Moment, teams up with the pro-life journalist Alexandra DeSanctis to expose the catastrophic failure—social, political, legal, and personal—of legalized abortion.Hope in the Ruins of Roe With the Supreme Court poised to return abortion law to the democratic process, a powerful new book reframes the coming debate: Our fifty-year experiment with unlimited abortion has harmed everyone—even its most passionate proponents. Women, men, families, the law, politics, medicine, the media—and, of course, children (born and unborn)—have all been brutalized by the culture of death fostered by Roe v. Wade. Abortion hollows out marriage and the family. It undermines the rule of law and corrupts our political system. It turns healers into executioners and &“women&’s health&” into a euphemism for extermination. Ryan T. Anderson, a compelling and reasoned voice in our most contentious cultural debates, and the pro-life journalist Alexandra DeSanctis expose the false promises of the abortion movement and explain why it has made everything worse. Five decades after Roe, everyone has an opinion about abortion. But after reading Tearing Us Apart, no one will think about it in the same way.