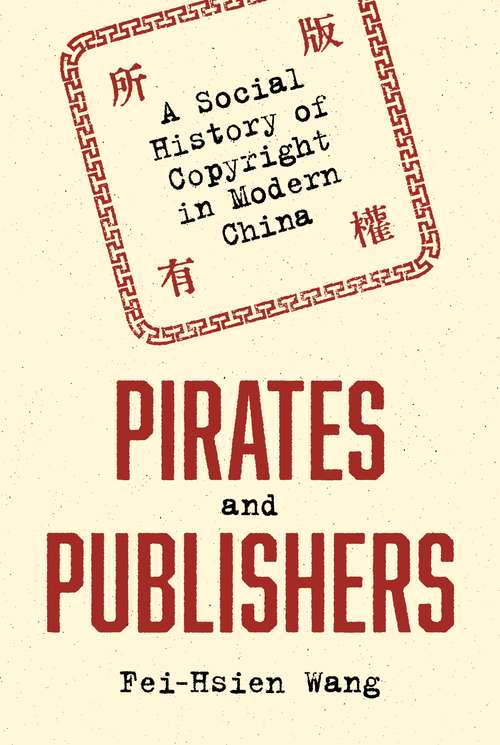 A detailed historical look at how copyright was negotiated and protected by authors, publishers, and the state in late imperial and modern ChinaIn Pirates and Publishers, Fei-Hsien Wang reveals the unknown social and cultural history of copyright in China from the 1890s through the 1950s, a time of profound sociopolitical changes. Wang draws on a vast range of previously underutilized archival sources to show how copyright was received, appropriated, and practiced in China, within and beyond the legal institutions of the state. Contrary to common belief, copyright was not a problematic doctrine simply imposed on China by foreign powers with little regard for Chinese cultural and social traditions. Shifting the focus from the state legislation of copyright to the daily, on-the-ground negotiations among Chinese authors, publishers, and state agents, Wang presents a more dynamic, nuanced picture of the encounter between Chinese and foreign ideas and customs.Developing multiple ways for articulating their understanding of copyright, Chinese authors, booksellers, and publishers played a crucial role in its growth and eventual institutionalization in China. These individuals enforced what they viewed as copyright to justify their profit, protect their books, and crack down on piracy in a changing knowledge economy. As China transitioned from a late imperial system to a modern state, booksellers and publishers created and maintained their own economic rules and regulations when faced with the absence of an effective legal framework.Exploring how copyright was transplanted, adopted, and practiced, Pirates and Publishers demonstrates the pivotal roles of those who produce and circulate knowledge.