Multilingualism in the Chinese Diaspora Worldwide 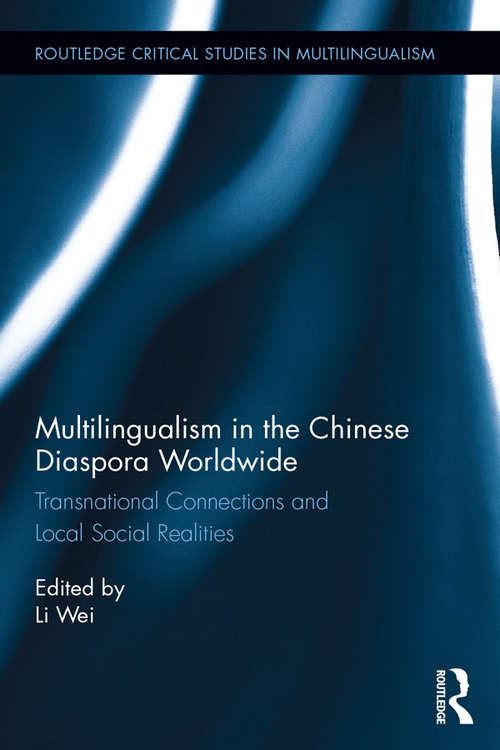 In this volume, Li Wei brings together contributions from well-known and emerging scholars in socio- and anthropological linguistics working on different linguistic and communicative aspects of the Chinese diaspora. The project examines the Chinese diasporic experience from a global, comparative perspective, with a particular focus on transnational links, and local social and multilingual realities. Contributors address the emergence of new forms of Chinese in multilingual contexts, family language policy and practice, language socialization and identity development, multilingual creativity, linguistic attitudes and ideologies, and heritage language maintenance, loss, learning and re-learning.

The studies are based on empirical observations and investigations in Chinese communities across the globe, including well-researched (from a sociolinguistic perspective) areas such as North America, Western Europe and Australia, as well as under-explored and under-represented areas such as Africa, Latin America, Central Asia, and the Middle East; the volume also includes detailed ethnographic accounts representing regions with a high concentration of Chinese migration such as Southeast Asia. This volume not only will allow sociolinguists to investigate the link between linguistic phenomena in specific communities and wider socio-cultural processes, but also invites an open dialogue with researchers from other disciplines who are working on migration, diaspora and identity, and those studying other language-based diasporic communities such as the Russian diaspora, the Spanish diaspora, the Portuguese diaspora, and the Arabic diaspora.