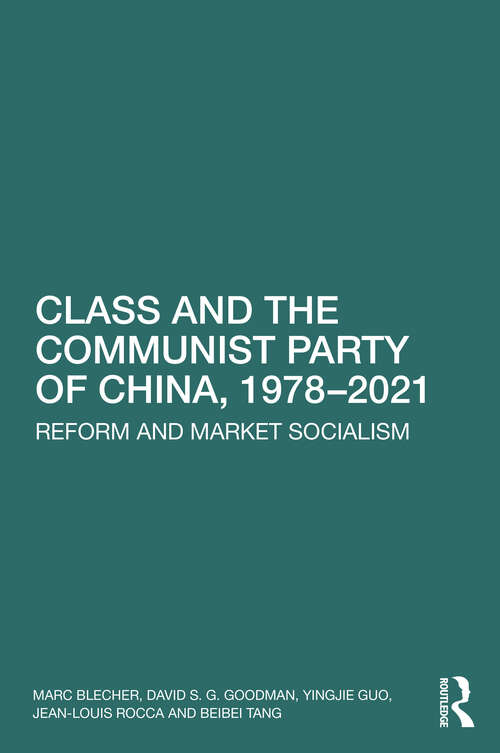 By examining the changing political economy in China through detailed studies of the peasantry, workers, middle classes, and the dominant class, this volume reveals the Communist Party of China’s (CCP’s) impact on social change in China between 1978 and 2021.

This book explores in depth the CCP’s programme of reform and openness that had a dramatic impact on China’s socio-economic trajectory following the death of Mao Zedong and the end of the Cultural Revolution. It also goes on to chart the acceptance of Market Socialism, highlighting the resulting emergence of a larger middle class, while also appreciating the profound consequences this created for workers and peasants. Additionally, this volume examines the development of the dominant class which remains a defining feature of China’s political economy and the Party-state.

Providing an in-depth analysis of class as understood by the CCP in conjunction with sociological interpretations of socio-economic and socio-political change, this study will be of interest to students and scholars of Chinese Politics, Chinese History, Asian Politics, and Asian studies.