From Radical Marxism to Knowledge Socialism 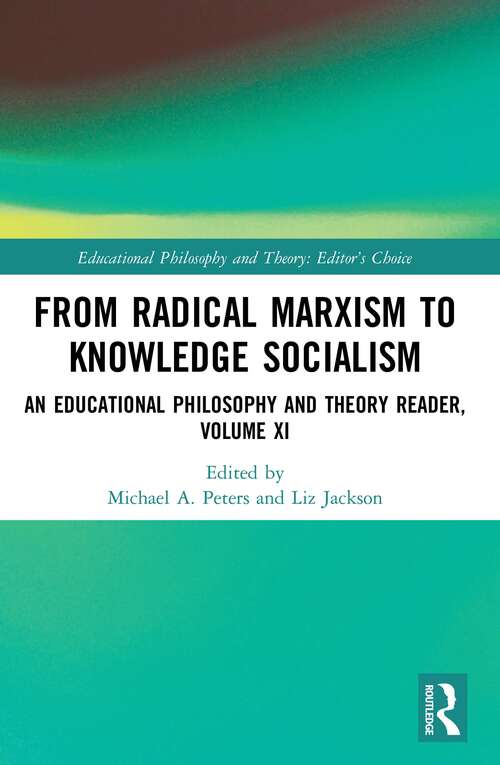 This volume examines the place of Marxist theory in the history of the journal Educational Philosophy and Theory, primarily through the selection and exploration of typical and significant articles exploring Marxist-related themes in the journal over time. The title, From Radical Marxism to Knowledge Socialism, reflects this historical approach. In the 1960s and 1970s, Marxism was considered to be a radical, extreme ‘political’ theory, while western liberalism and a free-market economy were largely taken for granted as natural phenomena, in western philosophy of education and in the journal. More recently, educational theorists have begun to explore trends related to the neoliberal age. Paradoxically, such trends include the move toward knowledge socialism, which decenters the normative presuppositions of knowledge capitalism as the latest iteration of western liberalism.

The volume begins with an introductory chapter that examines the history of Marxism in western philosophy and philosophy of education. The rest of the book features works selected from the journal that further illustrate the evolution of Marxist theoretical perspectives in the field over time. This collection thus gives a sense of the range and extent of Marxist-inspired thinking in educational philosophy and theory.

This book will be of interest to students and scholars of educational philosophy and theory and others who are interested in exploring in depth the evolution of key themes in this field over time, including liberalism, ideology, Marxism, neoliberalism, knowledge construction, capitalist and socialist schooling, and other aspects of economic analysis in education.