Climate Mitigation and Adaptation in China 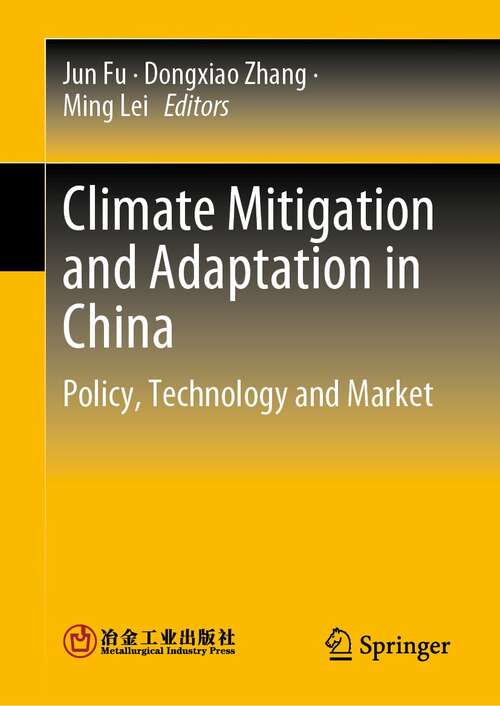 Climate change is a huge challenge to humanity in the 21th century. In view of China’s recent pledge to the international community to peak carbon emissions before 2030 and achieve carbon neutrality by 2060, this book examines climate mitigation and adaptation efforts in China through the prism of the steel sector, and it does so from three interrelated perspectives, i.e., policy, technology, and market. The book argues that in developing the country’s strategy towards green growth, over the years there has been a positive and interactive relationship between China’s international commitments and domestic agenda setting in mitigation and adaptation to the impact of climate change. To illustrate China’s efforts, two special areas, i.e., carbon capture, utilization and storage (CCUS) and emissions-trading system (ETS), have received focused examination. Along the spectrum of low-carbon, zero-carbon, and negative-carbon strategies, this study ends with a simulation model which outlines different policy scenarios, challenges, and uncertainties, as China moves further on, trying to achieve carbon neutrality in 2060. The book will be of interest to scholars, policy-makers, and business executives who want to understand China’s growing role in the world.