Wolf by the Ears 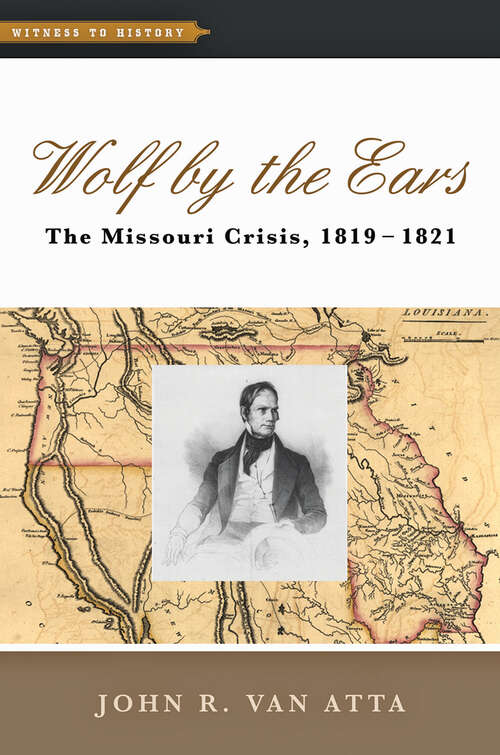 How bitter infighting over the expansion of slavery in western territories almost destroyed the fragile United States.From the early days of the republic, American leaders knew that an unpredictable time bomb—the question of slavery—lay at the heart of national politics. An implicit understanding between North and South helped to keep the issue at bay: northern states, where slavery had been set on course for extinction via gradual emancipation, tacitly agreed to respect the property rights of southern slaveholders; in return, southerners essentially promised to view slaveholding as a practical evil and look for ways to get rid of it. By 1819–1820, however, westward expansion had brought the matter to a head. As Thomas Jefferson wrote at the time, a nation dealing with the politically implacable issue of slavery essentially held the "wolf" by the ears—and could neither let go nor hang on forever.In Wolf by the Ears, John R. Van Atta discusses how the sectional conflict that led to the Civil War surfaced in the divisive fight over Missouri statehood. The first organized Louisiana Purchase territory to lie completely west of the Mississippi River and northwest of the Ohio, Missouri carried special significance for both pro- and anti-slavery advocates. Northern congressmen leaped out of their seats to object to the proposed expansion of the slave "empire," while slave-state politicians voiced outrage at the northerners’ blatant sectional attack. Although the Missouri confrontation ultimately appeared to end amicably with a famous compromise that the wily Kentuckian Henry Clay helped to cobble together, the passions it unleashed proved vicious, widespread, and long lasting.Van Atta deftly explains how the Missouri crisis revealed the power that slavery had already gained over American nation building. He explores the external social, cultural, and economic forces that gave the confrontation such urgency around the country, as well as the beliefs, assumptions, and fears that characterized both sides of the slavery argument. Wolf by the Ears provides students in American history with an ideal introduction to the Missouri crisis while at the same time offering fresh insights for scholars of the early republic.