Giving the Devil His Due 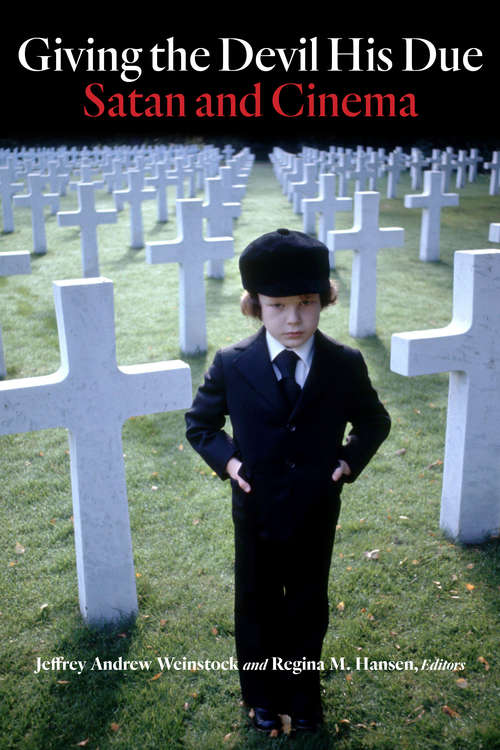 The first collection of essays to address Satan’s ubiquitous and popular appearances in filmLucifer and cinema have been intertwined since the origins of the medium. As humankind’s greatest antagonist and the incarnation of pure evil, the cinematic devil embodies our own culturally specific anxieties and desires, reflecting moviegoers’ collective conceptions of good and evil, right and wrong, sin and salvation. Giving the Devil His Due is the first book of its kind to examine the history and significance of Satan onscreen. This collection explores how the devil is not just one monster among many, nor is he the “prince of darkness” merely because he has repeatedly flickered across cinema screens in darkened rooms since the origins of the medium. Satan is instead a force active in our lives. Films featuring the devil, therefore, are not just flights of fancy but narratives, sometimes reinforcing, sometimes calling into question, a familiar belief system.From the inception of motion pictures in the 1890s and continuing into the twenty-first century, these essays examine what cinematic representations tell us about the art of filmmaking, the desires of the film-going public, what the cultural moments of the films reflect, and the reciprocal influence they exert. Loosely organized chronologically by film, though some chapters address more than one film, this collection studies such classic movies as Faust, Rosemary’s Baby, The Omen, Angel Heart, The Witch, and The Last Temptation of Christ, as well as the appearance of the Devil in Disney animation.Guiding the contributions to this volume is the overarching idea that cinematic representations of Satan reflect not only the hypnotic powers of cinema to explore and depict the fantastic but also shifting social anxieties and desires that concern human morality and our place in the universe.Contributors: Simon Bacon, Katherine A. Fowkes, Regina Hansen, David Hauka, Russ Hunter, Barry C. Knowlton, Eloise R. Knowlton, Murray Leeder, Catherine O’Brien, R. Barton Palmer, Carl H. Sederholm, David Sterritt, J. P. Telotte, Jeffrey Andrew Weinstock