MUBI and the Curation Model of Video on Demand 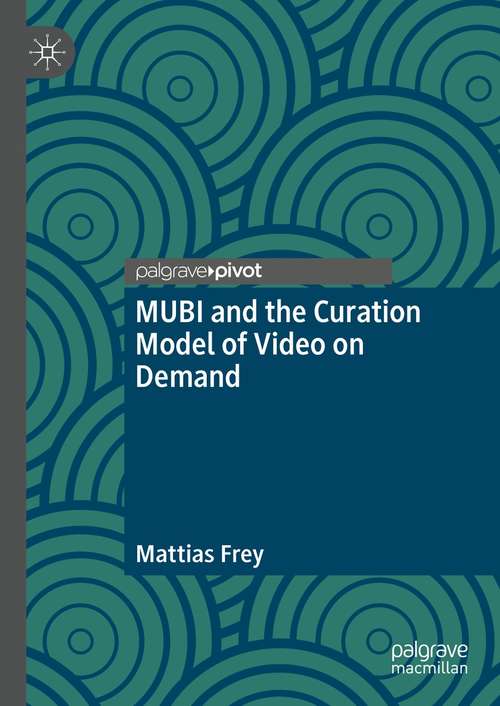 Subscription video on demand (SVOD) represents the fastest-growing means to consume films and series. Although market leaders Netflix and Amazon Prime have received much scholarly attention for the way that they use algorithms and big data to connect users to content, there is another significant, relatively unexamined model: curation-style services such as BFI Player, IFC Unlimited, the Criterion Channel or MUBI — the latter, which forms the focus of this book, claims to be the world's most subscribed independent video on demand service. These platforms take advantage of common anxieties about algorithms, cultural surplus and filter bubbles to promote discovery, human-generated recommendations and quality over quantity of content. Deploying an original, holistic methodology that includes analysis of technological affordances, marketing rhetoric, business models, interviews with company executives and a qualiquantitative audience study, this book critically analyses MUBI as a way to understand this particular mode of content aggregation, cultural recommendation, choice architecture and community building. Curation services address a real, but decidedly circumscribed gap in the market. Ultimately, MUBI offers film, media and business scholars an instructive example of the fate of art cinema and media diversity in a digital culture increasingly dominated by a few giant tech companies.