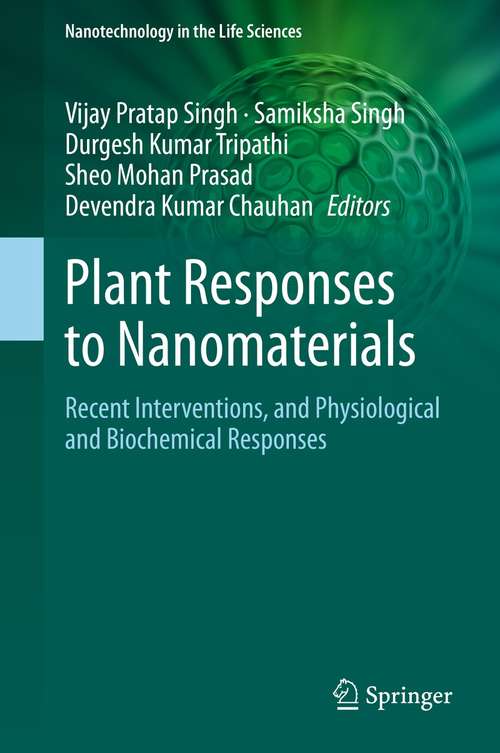 The population of the world continues to increase at an alarming rate. The trouble linked with overpopulation ranges from food and water scarcity to inadequacy of space for organisms. Overpopulation is also linked with several other demographic hazards, for instance, population blooming will not only result in exhaustion of natural repositories, but it will also induce intense pressure on the world economy. Today nanotechnology is often discussed as a key discipline of research but it has positive and negative aspects. Also, due to industrialization and ever-increasing population, nano-pollution has been an emerging topic among scientists for investigation and debate. Nanotechnology measures any substance on a macromolecular scale, molecular scale, and even atomic scale. More importantly, nanotechnology deals with the manipulation and control of any matter at the dimension of a single nanometer.

Nanotechnology and nanoparticles (NPs) play important roles in sustainable development and environmental challenges as well. NPs possess both harmful and beneficial effects on the environment and its harboring components, such as microbes, plants, and humans. There are many beneficial impacts exerted by nanoparticles, however, including their role in the management of waste water and soil treatment, cosmetics, food packaging, agriculture, biomedicines, pharmaceuticals, renewable energies, and environmental remedies.           Conversely, NPs also show some toxic effects on microbes, plants, as well as human beings. It has been reported that use of nanotechnological products leads to the more accumulation of NPs in soil and aquatic ecosystems, which may be detrimental for living organisms. Further, toxic effects of NPs on microbes, invertebrates, and aquatic organisms including algae, has been measured. Scientists have also reported on the negative impact of NPs on plants by discussing the delivery of NPs in plants. Additionally, scientists have also showed that NPs interact with plant cells, which results in alterations in growth, biological function, gene expression, and development. Thus, there has been much investigated and reported on NPs and plant interactions in the last decade.           This book discusses the most recent work on NPs and plant interaction, which should be useful for scientists working in nanotechnology across a wide variety of disciplines.