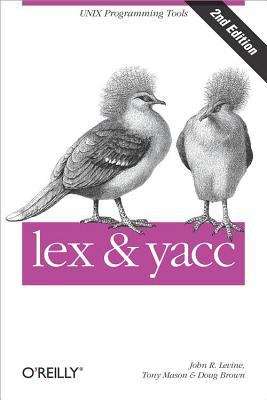 This book shows you how to use two Unix utilities, lex and yacc, in program development. These tools help programmers build compilers and interpreters, but they also have a wider range of applications. The second edition contains completely revised tutorial sections for novice users and reference sections for advanced users. This edition is twice the size of the first and has an expanded index. The following material has been added:

*Each utility is explained in a chapter that covers basic usage and simple, stand-alone applications

*How to implement a full SQL grammar, with full sample code