The Qur’an, Translation and the Media 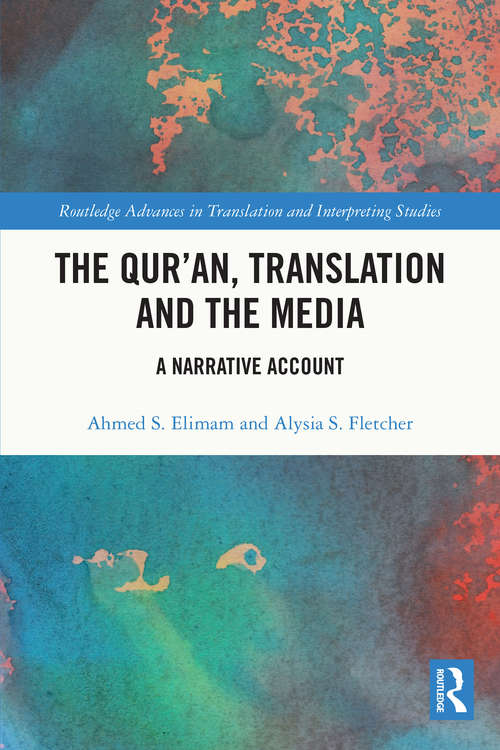 This book aims to identify how the Qur’an is narrated in and by the press media through the use of translation, featuring examples from a corpus of newspaper articles from the UK and Europe across two decades.

Drawing on work at the intersection of narrative theory and translation studies, the volume highlights the ways in which press media play an integral role in the construction, promotion, and circulation of narratives about events and communities, shedding light specifically on translations of Qur’anic verses across British, Italian, and Spanish newspapers between 2001 and 2019. Elimam and Fletcher examine how such translations have been used to create and disseminate narratives about the Qur’an and in turn, Islam and Muslims, unpacking the kinds of narratives evoked – personal, public, conceptual, and meta-narratives – and narrative strategies employed – selective appropriation, temporality, causal emplotment, and relationality – toward framing readers’ understanding of the Qur’an.

The book will be of particular interest to scholars working at the intersection of translation studies and such areas as media studies, religion, politics, and sociology.