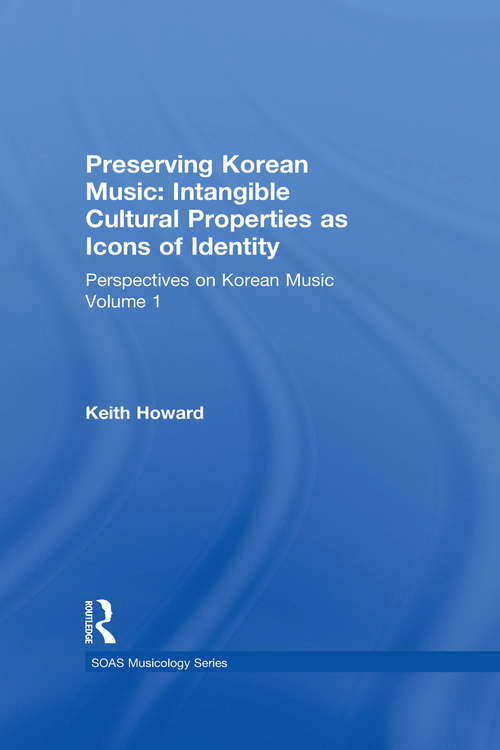 As Korea has developed and modernized, music has come to play a central role as a symbol of national identity. Nationalism has been stage managed by scholars, journalists and, from the beginning of the 1960s, by the state, as music genres have been documented, preserved and promoted as 'Intangible Cultural Properties'. Practitioners have been appointed 'holders' or, in everyday speech, 'Human Cultural Properties', to maintain, perform and teach exemplary versions of tradition. Over the last few years, the Korean preservation system has become a model for UNESCO's 'Living Human Treasures' and 'Masterpieces of the Oral and Intangible Heritage of Mankind'. In this volume, Keith Howard provides the first comprehensive analysis in English of the system. He documents court music and dance, Confucian and shaman ritual music, folksongs, the professional folk-art genres of p'ansori ('epic storytelling through song') and sanjo ('scattered melodies'), and more, as well as instrument making, food preparation and liquor distilling - a good performance, after all, requires wine to flow. The extensive documentation reflects considerable fieldwork, discussion and questioning carried out over a 25-year period, and blends the voices of scholars, government officials, performers, craftsmen and the general public. By interrogating both contemporary and historical data, Howard negotiates the debates and critiques that surround this remarkable attempt to protect local and national music and other performance arts and crafts. An accompanying CD illustrates many of the music genres considered, featuring many master musicians including some who have now died. The preservation of music and other performance arts and crafts is part of the contemporary zeitgeist, yet occupies contested territory. This is particularly true when the concept of 'tradition' is invoked. Within Korea, the recognition of the fragility of indigenous music inherited from earlier times is balanced by an awareness of the need to maintain identity as lifestyles change in response to modernization and globalization. Howard argues that Korea, and the world, is a better place when the richness of indigenous music is preserved and promoted.