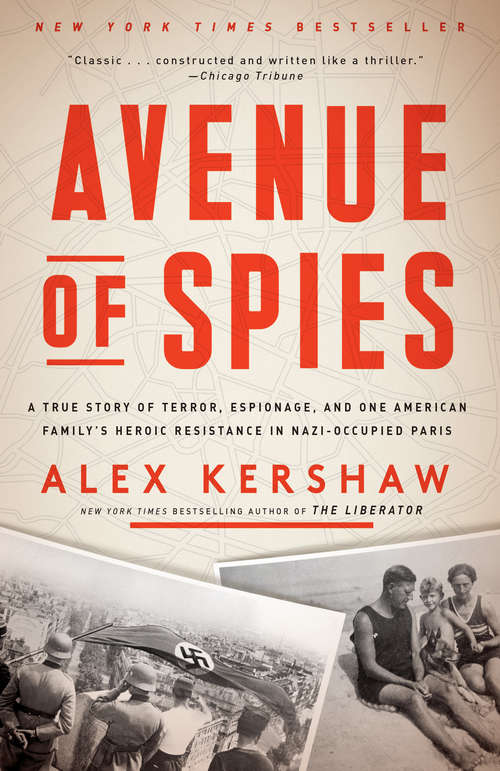 The best-selling author of The Liberator brings to life the incredible true story of an American doctor in Paris, and his heroic espionage efforts during World War IIThe leafy Avenue Foch, one of the most exclusive residential streets in Nazi-occupied France, was Paris's hotbed of daring spies, murderous secret police, amoral informers, and Vichy collaborators. So when American physician Sumner Jackson, who lived with his wife and young son Phillip at Number 11, found himself drawn into the Liberation network of the French resistance, he knew the stakes were impossibly high. Just down the road at Number 31 was the "mad sadist" Theodor Dannecker, an Eichmann protégé charged with deporting French Jews to concentration camps. And Number 84 housed the Parisian headquarters of the Gestapo, run by the most effective spy hunter in Nazi Germany. From his office at the American Hospital, itself an epicenter of Allied and Axis intrigue, Jackson smuggled fallen Allied fighter pilots safely out of France, a job complicated by the hospital director's close ties to collaborationist Vichy. After witnessing the brutal round-up of his Jewish friends, Jackson invited Liberation to officially operate out of his home at Number 11--but the noose soon began to tighten. When his secret life was discovered by his Nazi neighbors, he and his family were forced to undertake a journey into the dark heart of the war-torn continent from which there was little chance of return.Drawing upon a wealth of primary source material and extensive interviews with Phillip Jackson, Alex Kershaw recreates the City of Light during its darkest days. The untold story of the Jackson family anchors the suspenseful narrative, and Kershaw dazzles readers with the vivid immediacy of the best spy thrillers. Awash with the tense atmosphere of World War II's Europe, Avenue of Spies introduces us to the brave doctor who risked everything to defy Hitler.From the Hardcover edition.