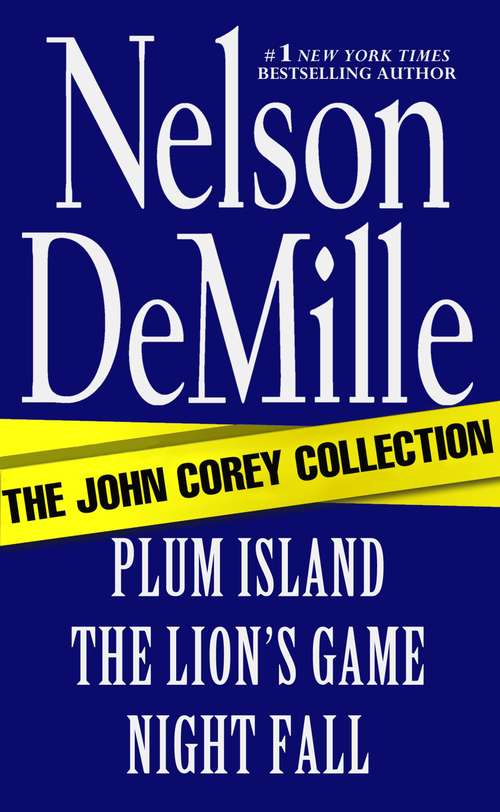 Wounded NYPD homicide detective John Corey is convalescing in rural eastern Long Island when a young couple is killed. The victims were researchers at a site rumored to be a biological warfare center. Suddenly, a local double murder takes on shattering global implications-and thrusts Corey into a dangerous search for the secret of Plum Island.

At New York's JFK Airport, an American task force waits for a Libyan terrorist defector. When something goes horribly wrong, federal agent John Corey follows a trail of blood for his quarry: a foe with the cunning of a lion and the bloodlust of a man. To win a desperate game with no rules, Corey must invent a strategy that leaves no room for mistakes.

On a beach, a couple with a video camera record their love-making-and the explosion of TWA Flight 800. Now on the fifth anniversary of a blast that was blamed on mechanical failure, agent John Corey and his partner reopen the case. They will hunt for the crucial video-and race toward an elusive truth even more horrifying than the crash itself.