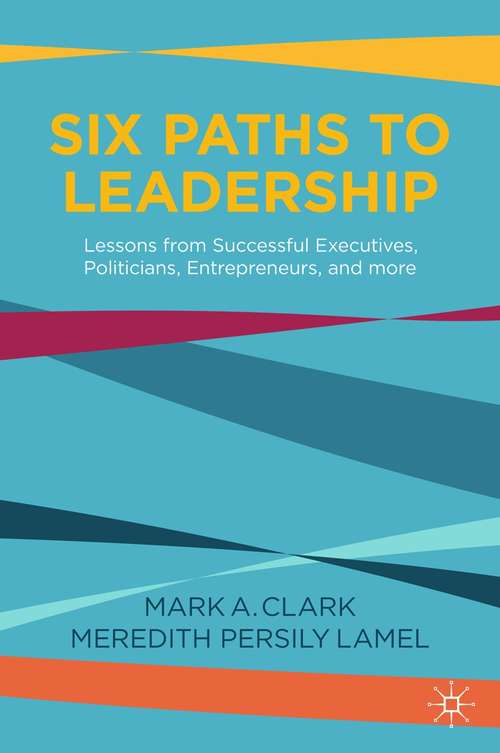 By: Mark A. Clark • Meredith Persily Lamel
Login
Sign Up

The paths that leaders walk significantly influence their success, offering differential opportunities and challenges. While conventional wisdom suggests that leadership styles and approaches may be equally effective across all situations, more recent research demonstrates the importance of employing strategies more specifically aligned with the context. This book offers critical insights and strategies, currently missing from the repertoire of leaders and their supporters, for managing across six distinct paths into leadership positions: promoted, hired, elected, appointed, founded, and family legacy. It illustrates lessons drawn from within and across paths, presented through themes, quotes, and stories drawn from interviews with over 60 successful leaders (executives, politicians, entrepreneurs, and more). While it is evident that these paths differ, those who study, hire, mentor, and coach leaders rarely consider the distinctions, nor suggest what may be learned across the paths.

The emerging leaders, HR professionals, researchers, and coaches among the book’s readers will learn not only from those who have walked one particular path, but also from the experiences of those trekking in other directions. Most leaders will cross from one path to another over the course of their career. Some executives interviewed for the book worked their way up the ladder in one company, only to be recruited to fill a C-suite position in another company. Others were appointed to high-level government positions after stints as elected officials. The authors identify major distinctions when moving across the six paths.

By reading this book, leaders and those who support them will develop greater self-awareness about each path so they can better leverage and manage their new challenges and opportunities from the first day in their new leadership position.