Brazil That Never Was 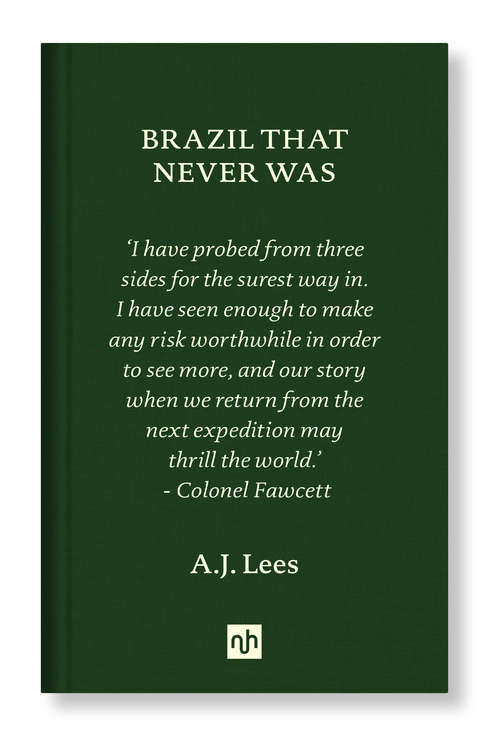 A famed British neurologist embarks on an expedition in Brazil to follow the trail of Percy Fawcett, an occult-obsessed explorer who went missing in the Amazon rainforest and was the subject of the 2016 film The Lost City of Z.As a boy growing up near Liverpool in the 1950s, Andrew Lees would visit the docks with his father to watch the ships from Brazil unload their exotic cargo of coffee, cotton bales, molasses, and cocoa. One day, his father gave him a dog-eared book called Exploration Fawcett. The book told the true story of Lieutenant Colonel Percy Fawcett, a British explorer who in 1925 had gone in search of a lost city in the Amazon and never returned. The riveting story of Fawcett's encounters with deadly animals and hostile tribes, his mission to discover an Atlantean civilization, and the many who lost their own lives when they went in search of him inspired the young Lees to believe that there were still earthly places where one could "fall off the edge."Years later, after becoming a successful neurologist, Lees set off in search of the mysterious figure of Fawcett. What he found exceeded his wildest imaginings. With access to the cache of "Secret Papers," Lees discovered that Fawcett's quest was far stranger than searching for a lost city. There was a "greater mission," one that involved the occult and a belief in a community of evolved beings living in a hidden parallel plane in the Mato Grosso.Lees traveled to Manaus in Fawcett's footsteps. After a time-bending psychedelic experience in the forest, he understood that his yearning for the imaginary Brazil of his boyhood, like Fawcett's search for an earthly paradise, was a nostalgia for what never was. Part travelogue, part memoir, Lees paints a portrait of an elusive Brazil, and of a flawed explorer whose doomed mission ruined lives.