The Privatisation of Higher Education in Postcolonial Bangladesh 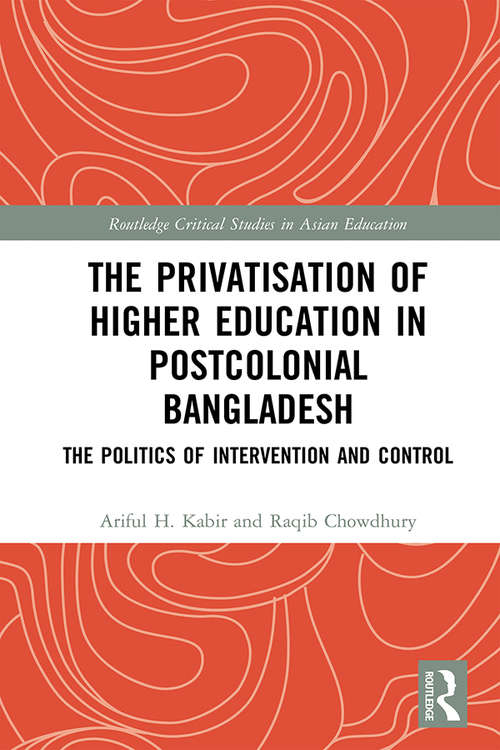 This book problematises contemporary realities of the political dimension of the privatisation of higher education in Bangladesh. By exploring the complexities of neoliberalism as an economic and ideological doctrine, a mode of governance, and as a policy package, it considers the ‘post’ attached to and hyphenated with ‘colonialism’ as more aspirational than achieved. Based on an interdisciplinary study involving contemporary theories from political and social sciences, economics, and the socio-economics of education, the book explores the unique ways in which Bangladeshi higher education has evolved over the past four decades, and the complex politics behind its privatisation. Through an empirically based account of how neoliberalism has worked its way through the higher education sector in the fastest growing economy in the South Asian context, it discusses how changes have been characterised by policy reforms, massification, and a sustained friction between control and autonomy in the university sector.

The authors take a nuanced approach to their geo-political and onto-epistemological positionalities as diasporic and hybridised scholars by rejecting epistemological exclusion inherent in the colonial present and research conducted in such contexts. This position allows the reinforcement of a colonial present, theorising from within Global South decolonial and postcolonial research literature.