Star Wars The High Republic: A Test Of Courage 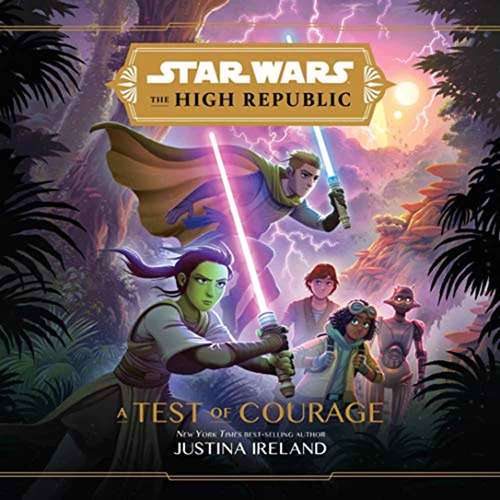 Long before the Clone Wars, the Empire, or the First Order, the Jedi lit the way for the galaxy in a golden age known as the High Republic!

Vernestra Rwoh is a new Jedi Knight at age 16, but her first real assignment feels an awful lot like babysitting. She's been charged with supervising 12-year old aspiring inventor Avon Starros on a cruiser headed to the dedication of a wondrous new space station called Starlight Beacon.

But soon into their journey, bombs go off aboard the cruiser. While the adult Jedi try to save the ship, Vernestra, Avon, Avon's droid, J-6, a Jedi Padawan, and an ambassador's son make it to an escape shuttle, but communications are out and supplies are low. They decide to land on a nearby moon, which offers shelter but not much more. And unbeknownst to them, danger lurks in the forest.