The Tactics of Toleration 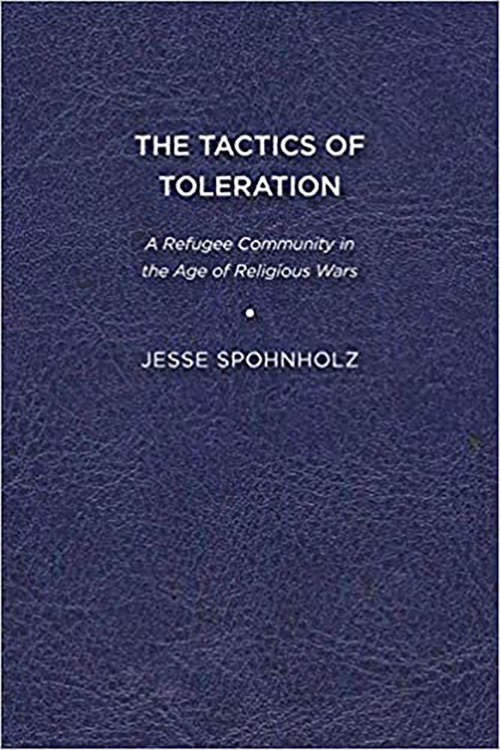 The Tactics of Toleration examines the preconditions and limits of toleration during an age in which Europe was sharply divided along religious lines. During the Age of Religious Wars, refugee communities in borderland towns like the Rhineland city of Wesel were remarkably religiously diverse and culturally heterogeneous places. Examining religious life from the perspective of Calvinists, Lutherans, Mennonites, and Catholics, this book examines how residents dealt with pluralism during an age of deep religious conflict and intolerance. Based on sources that range from theological treatises to financial records and from marriage registries to testimonies before secular and ecclesiastical courts, this project offers new insights into the strategies that ordinary people developed for managing religious pluralism during the Age of Religious Wars.

Historians have tended to emphasize the ways in which people of different faiths created and reinforced religious differences in the generations after the Reformation’s break-up of Christianity, usually in terms of long-term historical narratives associated with modernization, including state building, confessionalization, and the subsequent rise of religious toleration after a century of religious wars. In contrast, Jesse Spohnholz demonstrates that although this was a time when Christians were engaged in a series of brutal religious wars against one another, many were also learning more immediate and short-term strategies to live alongside one another. This book considers these “tactics for toleration” from the vantage point of religious immigrants and their hosts, who learned to coexist despite differences in language, culture, and religion. It demands that scholars reconsider toleration, not only as an intellectual construct that emerged out of the Enlightenment, but also as a dynamic set of short-term and often informal negotiations between ordinary people, regulating the limits of acceptable and unacceptable behavior.