The New World of Police Accountability 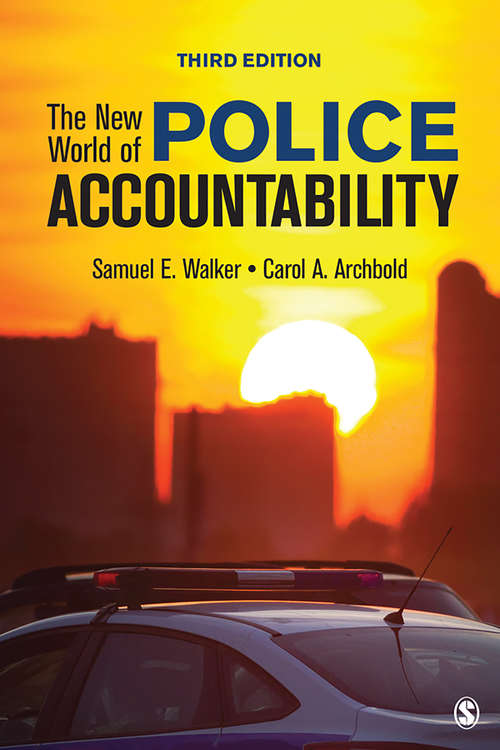 By: Samuel E. Walker • Carol A. Archbold
Login
Sign Up

Completely revised to cover recent events and research, the Third Edition of The New World of Police Accountability provides an original and comprehensive analysis of some of the most important developments in police accountability and reform strategies. With a keen and incisive perspective, esteemed authors and policing researchers, Samuel Walker and Carol Archbold, address the most recent developments and provide an analysis of what works, what reforms are promising, and what has proven unsuccessful. The book’s analysis draws on current research, as well as the President's Task Force on 21st Century Policing and the reforms embodied in Justice Department consent decrees.

New to the Third Edition:

The national crisis over police legitimacy and use of force is put into context through extensive discussions of recent police shootings and the response to this national crisis, providing readers a valuable perspective on the positive steps that have been taken and the limits of those steps.

Coverage of the issues related to police officer uses of force is now the prevailing topic in Chapter 3 and includes detailed discussion of the topic, including de-escalation, tactical decision making, and the important changes in training related to these issues.

An updated examination of the impact of technology on policing, including citizens’ use of recording devices, body-worn cameras, open data provided by police agencies, and use of social media, explores how technology contributes to police accountability in the United States.

A complete, up-to-date discussion of citizen oversight of the police provides details on the work of selected oversight agencies, including the positive developments and their limitations, enabling readers to have an informed discussion of the subject.

Issues related to policing and race relations are addressed head-on through a careful examination of the data, as well as the impact of recent reforms that have attempted to achieve professional, bias-free policing.