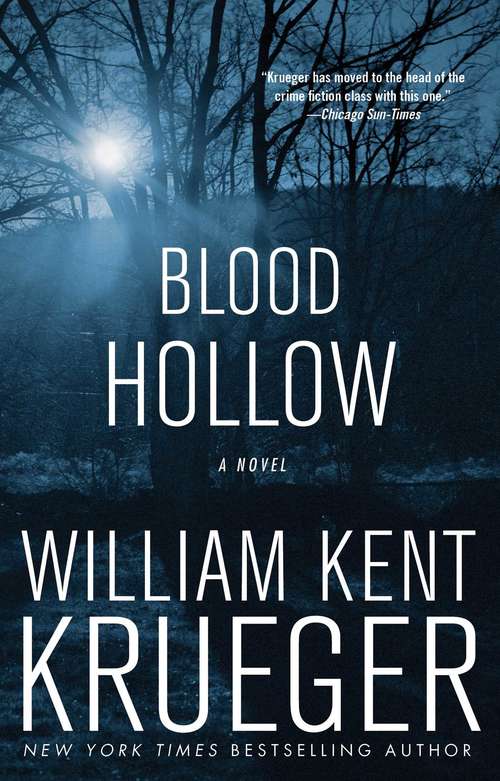 A brilliant new installment in the prize-winning Cork O'Connor series -- from the acclaimed author of The Devil's Bed and Purgatory Ridge -- immerses readers in an eerie mystery surrounding a racially charged murder in small-town Minnesota. Winner of the Loft-McKnight Fiction Award and the Anthony Award for Best First Novel, William Kent Krueger is a wholly original talent among mystery writers, managing to fuse inspired, fluid storytelling with complex, finely textured characterizations. Now, in a briskly paced novel that outstrips even its predecessors in its ability to ratchet up the suspense, Krueger takes us back to Aurora, Minnesota, where the charismatic Cork O'Connor encounters his most baffling case to date. When the corpse of a beautiful high school student is discovered on a hillside four months after her disappearance on New Year's Eve, all evidence points to her boyfriend, local bad boy Solemn Winter Moon. Despite Solemn's self-incriminating decision to go into hiding, Cork O'Connor, Aurora's former sheriff, isn't about to hang the crime on the kid, whom O'Connor is convinced is innocent. In an uphill battle to clear Solemn's name, Cork encounters no shortage of adversity. Some he knows all too well -- small-town bigotry and bureaucracy foremost among them. What Cork isn't prepared for is the emergence of a long-held resentment hailing from his own childhood. And when Solemn reappears, claiming to have seen a vision of Jesus Christ in Blood Hollow, the mystery becomes thornier than Cork could ever have anticipated. And that's when the miracles start happening.... Praised by critics and peers alike for his bold and insightful writing, William Kent Krueger has become a master of mixing brilliant, evocative prose with stunning, nonstop suspense. Readers are sure to be riveted by his latest foray into the darkest corners of a small-town paradise and the detective who is determined to bring it all to light.