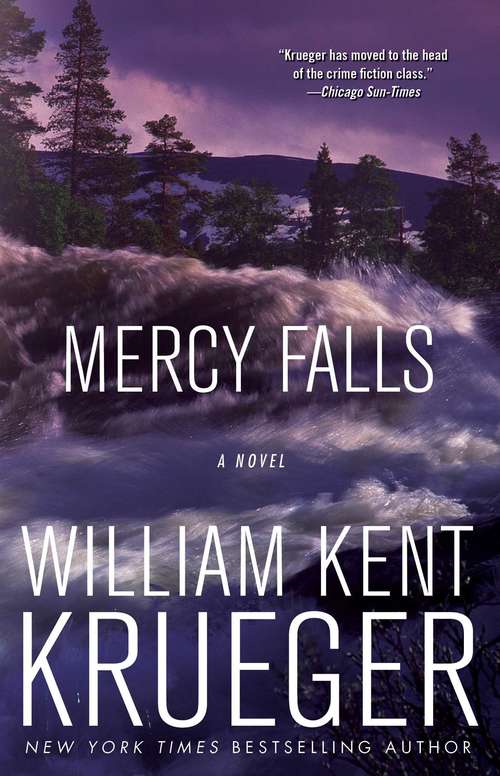 A stunning new suspense novel in William Kent Krueger's prize-winning Corcoran O'Connor series finds the charismatic detective steeped in his most dangerous case to date. Back on the beat as sheriff of Tamarack County, Cork O'Connor has already seen his beautiful Northwoods jurisdiction through an eventful summer. Now, as the chill of autumn sweeps through the countryside, he's about to face a season of murder, adultery, and deceit that will take him from seedy backwoods bars and humble reservation shanties to the highest and most corrupt echelons of Chicago society. Lured to the nearby Ojibwe reservation on what appears to be a routine domestic disturbance call, Cork finds himself the target of a sniper's deadly fire. He has little time to worry about his own precarious situation, however. Soon after the shooting, he's called to investigate a mutilated body found perched above the raging waters of Mercy Falls. The victim is Eddie Jacoby, a Chicago businessman involved in negotiating an unpopular contract between his management firm and the local Indian casino. Now Cork must deal with a high-profile murder contaminated with the blood of the rich and powerful. Sparks fly when the wealthy Jacoby family insists on hiring a beautiful private investigator named Dina Willner to consult on the case. But once Cork discovers an old and passionate tie between one of the Jacoby sons and his own wife, Jo, he begins to suspect that the events in Aurora have a darker, more personal motive than he could ever have imagined. With his life at stake and the safety of his family in question, Cork must squelch the growing suspicion that another man desperately wants his wife, and at the same time resist the passion heating up between himself and Dina. Murder, greed, sex, and jealousy all play a part in the maze of danger and intrigue Cork is caught in. But somewhere, hidden beneath the turbulent depths of Mercy Falls, lie the answers, and Cork is determined to find them.