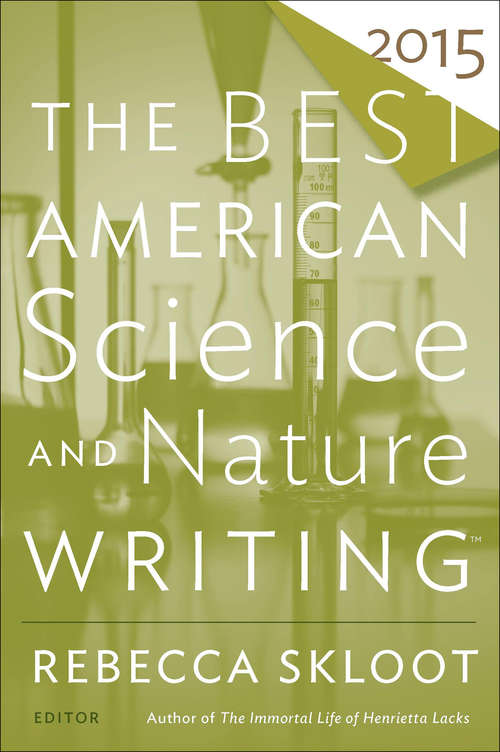 The Best American Series The next edition in a series praised as "undeniably exquisite" (Maria Popova), The Best American Science and Nature Writing 2015 includes work from both award-winning writers and up-and-coming voices in the field. From Brooke Jarvis on deep-ocean mining to Elizabeth Kolbert on New Zealand's unconventional conservation strategies, this is a group that celebrates the growing diversity in science and nature writing alike. Altogether, the writers honored in this year's volume challenge us to consider the strains facing our planet and its many species, while never losing sight of the wonders we're working to preserve for generations to come. The Best American Science and Nature Writing 2015 includes Sheri Fink, Atul Gawande, Leslie Jamison, Sam Kean, Seth Mnookin, Matthew Power, Michael Specter and others REBECCA SKLOOT's award-winning science writing has appeared in the New York Times Magazine and elsewhere. Her book, The Immortal Life of Henrietta Lacks, was an instant New York Times bestseller. It was named a best book of 2010 by more than sixty media outlets, including Entertainment Weekly and NPR, and by the National Academies of Science and the American Association for the Advancement of Science, among others. Skloot is currently writing a book about humans, animals, science, and ethics. TIM FOLGER, series editor, is a contributing editor at Discover and writes about science for several magazines.