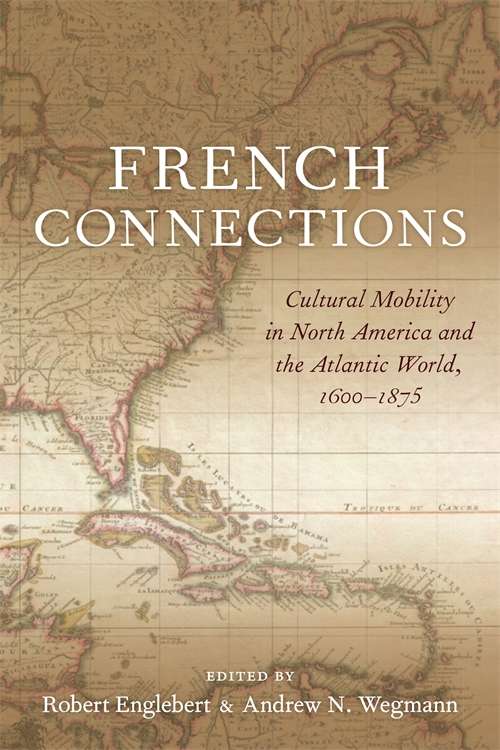 French Connections examines how the movement of people, ideas, and social practices contributed to the complex processes and negotiations involved in being and becoming French in North America and the Atlantic World between the years 1600 and 1875. Engaging a wide range of topics, from religious and diplomatic performance to labor migration, racialization, and both imagined and real conceptualizations of “Frenchness” and “Frenchification,” this volume argues that cultural mobility was fundamental to the development of French colonial societies and the collective identities they housed. Cases of cultural formation and dislocation in places as diverse as Quebec, the Illinois Country, Detroit, Haiti, Acadia, New England, and France itself demonstrate the broad variability of French cultural mobility that took place throughout this massive geographical space. Nevertheless, these communities shared the same cultural root in the midst of socially and politically fluid landscapes, where cultural mobility came to define, and indeed sustain, communal and individual identities in French North America and the Atlantic World. Drawing on innovative new scholarship on Louisiana and New Orleans, the editors and contributors to French Connections look to refocus the conversation surrounding French colonial interconnectivity by thinking about mobility as a constitutive condition of culture; from this perspective, separate “spheres” of French colonial culture merge to reveal a broader, more cohesive cultural world. The comprehensive scope of this collection will attract scholars of French North America, early American history, Atlantic World history, Caribbean studies, Canadian studies, and frontier studies. With essays from established, award-winning scholars such as Brett Rushforth, Leslie Choquette, Jay Gitlin, and Christopher Hodson as well as from new, progressive thinkers such as Mairi Cowan, William Brown, Karen L. Marrero, and Robert D. Taber, French Connections promises to generate interest and value across an extensive and diverse range of concentrations.