Pinheads and Patriots Plus The O'Reilly Factor for Kids 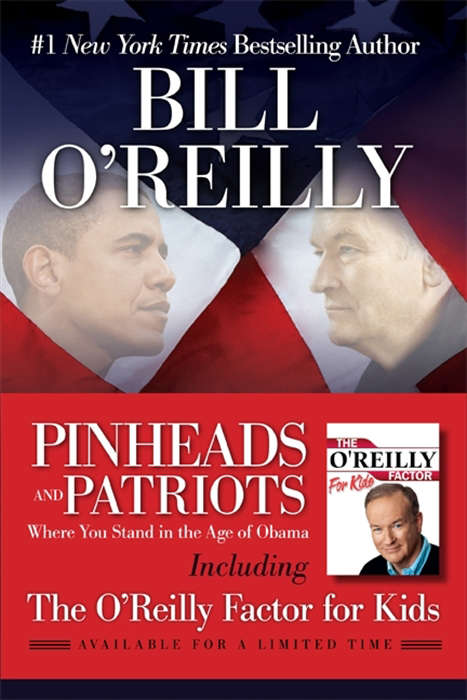 What are these changes? Who, in addition to Obama, have been the biggest forces behind them? What exactly do they mean for you, the everyday American citizen? And how are they affecting your money, health, safety, freedom, and standing in this nation?

In his latest spirited book, O'Reilly prompts debate with the President and the American people on the current state of the union.

Available free with your purchase of this book, for a limited time only, is another of Bill O'Reilly's bestselling books, The O'Reilly Factor for Kids-because learning to distinguish between pinheaded and patriotic behavior is important at every age!