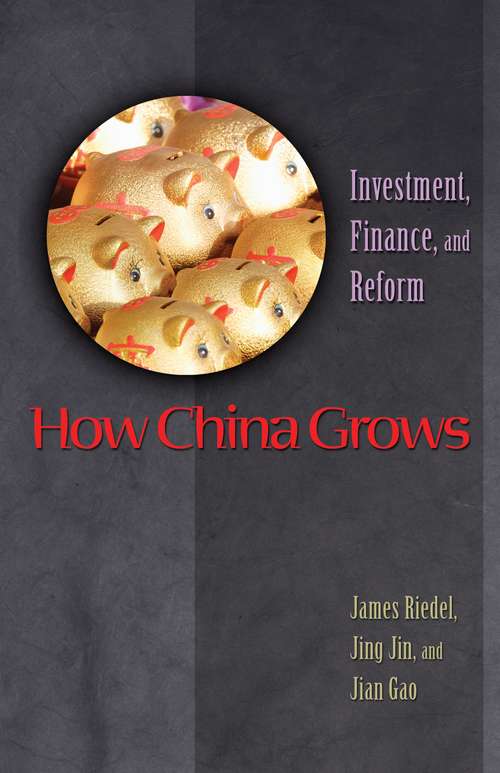 Although China's economy has grown spectacularly over the last twenty-five years, economists disagree about how the Chinese economy is likely to fare in the short- and long-term future. Is China's growth sustainable, or has China relied too much on investment, which is subject to diminishing returns, and not enough on technological change? The first book on the relation between investment, finance, and growth in China, How China Grows dismisses this concern. James Riedel, Jing Jin, and Jian Gao argue that investment has not only been the engine of growth, but also the main source of technological progress and structural change in China. What threatens future growth instead, the authors argue, are the weaknesses of China's financial system that undermine efficiency in investment allocation. Financial-sector reform and development are necessary, not only for sustaining long-term growth, but also for maintaining macroeconomic stability. Although it includes some technical economic analysis, How China Grows is accessible to noneconomists and will benefit anyone who is interested in development finance in general and in China's economic growth in particular--whether economists, political scientists, bankers, or business people.