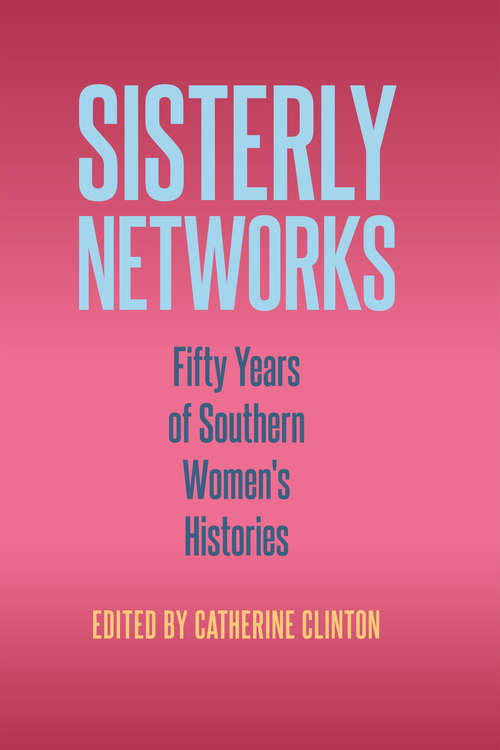 By: Catherine Clinton and William A. Link
Login
Sign Up

Tracing the development of the field of southern women’s history over the past half century, Sisterly Networks shows how pioneering feminists laid the foundation for a strong community of sister scholars and delves into the work of an organization central to this movement, the Southern Association for Women Historians (SAWH).Launched in 1970, the SAWH provided programming, mentoring, fundraising, and outreach efforts to support women historians working to challenge the academic establishment. In this book, leading scholars reflect on their own careers in southern history and their experiences as women historians amid this pathbreaking expansion and revitalization of the field. Their stories demonstrate how women created new archival collections, expanded historical categories to include gender and sexuality, reimagined the roles and significance of historical women, wrote pioneering monographs, and mentored future generations of African American women and other minorities who entered the academy and contributed to public discourse.Providing a lively roundtable discussion of the state of the field, contributors comment on present and future work environments and current challenges in higher education and academic publishing. They offer profound and provocative insights on the ways scholars can change the future through radically rewriting the gender biases of recorded history.

A volume in the series Frontiers of the American South, edited by William A. Link