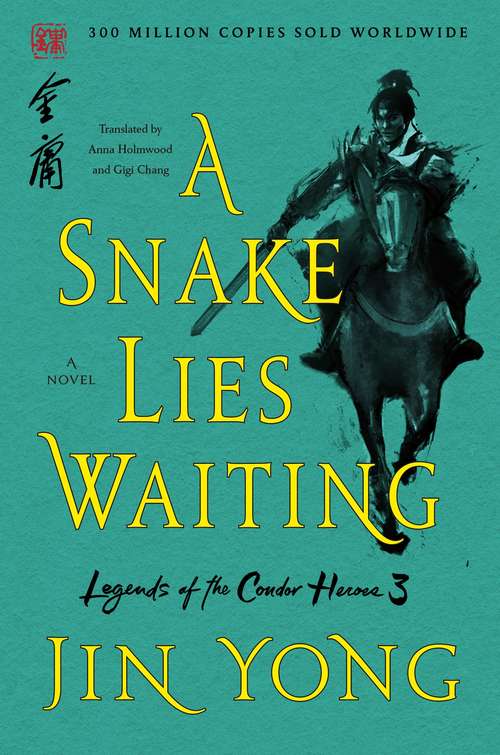 A Snake Lies Waiting is the next in Jin Yong's high stakes, tension-filled epic Legends of the Condor Heroes series, where kung fu is magic, kingdoms vie for power and the battle to become the ultimate kung fu master unfolds.Guo Jing has confronted Apothecary Huang, his sweetheart Lotus Huang's father, on Peach Blossom Island, and bested the villainous Gallant Ouyang in the three trials to win the hand of his beloved.But now, along with his two friends and shifus, Zhou Botong of the Quanzhen Sect, and Count Seven Hong, Chief of the Beggar Clan, he has walked into another trap. Tricked into boarding a unseaworthy barge by Apothecary Huang, the three friends will surely drown unless Lotus—who has overheard her father's plans—can find a way to save them.Yet even if they are to survive the voyage, great dangers lie in wait on the mainland. Viper Ouyang, the gallant's uncle and one of the Five Greats of the martial world, is determined to have his revenge on Guo Jing for getting the better of his nephew, and bent on becoming the most powerful master of the wulin. Meanwhile, Yang Kang, who Guo Jing has come to trust, has yet to reveal the full extent of his treachery.