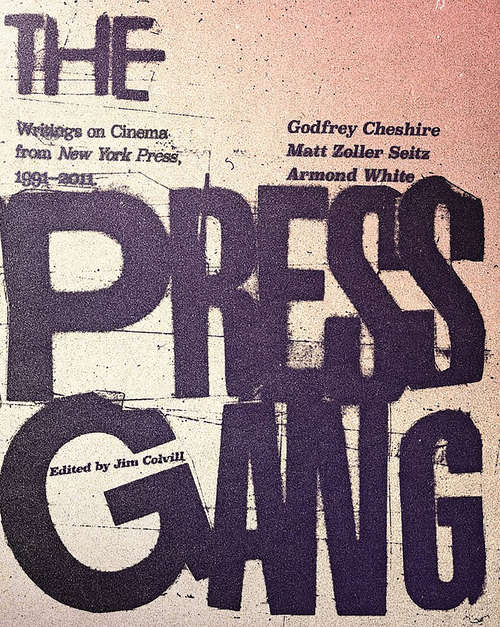 A dialogue about cinema's legacy and best directors through essays by three of the best long-form critics out there, collected from the legendary NYPress for the first time.Comprising of the kind of long-form criticism that is all too rare these days, the weekly film columns in the NYPress included polemics, reviews, interviews, festival reports and features. A far cry from what is often derisively termed the "consumer report" mode of criticism, Cheshire, Seitz and White were passionately engaged with the film culture of both their own time, and what had come before. They constituted three distinctly different voices: equally accomplished, yet notably individual, perspectives on cinema. Their distinctive tastes and approaches were often positioned in direct dialogue with each other, a constant critical conversation that frequently saw each writer directly challenging his colleagues. Dialogue is important in criticism, and here you can find a healthy example of it existing under one proverbial roof. This three-way dialogue between Cheshire, Seitz and White assesses the 1990s in cinema, along with pieces on New York's vibrant repertory scene that allow us to read the authors' takes on directors such as Hitchcock, Lean, Kubrick, Welles, Fassbinder and Bresson; as well as topics such as the legacy of Star Wars, film noir, early film projection in New York City, the New York Film Critics Circle, Sundance, the terrorist attacks of 9/11 and the emerging cinema of Iran and Taiwan.