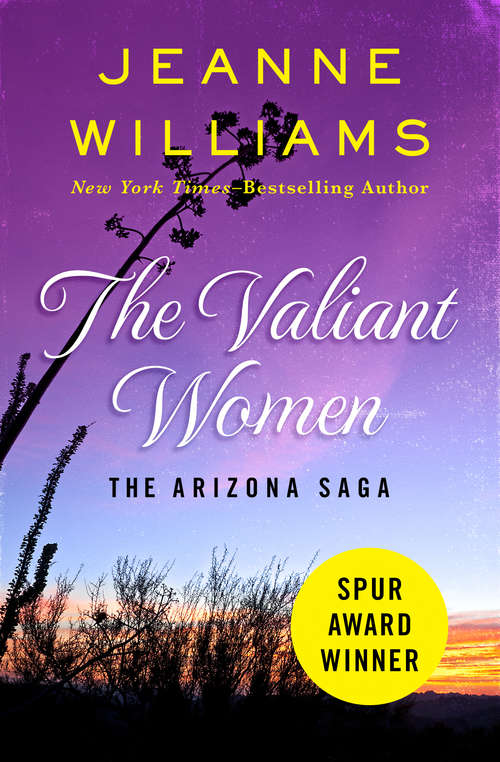 Winner of the Spur Award: The first volume in a breathtaking trilogy of historical romance novels inspired by the daring men and women who settled Arizona. Patrick O'Shea's spirit watches his naked, parched body crawl through rock and thorn before leaving him for dead. All hope is lost until Socorro, a Spanish beauty of noble birth and the sole survivor of an attack on her wedding party as it journeyed to California, finds Shea and slowly, painfully revives him. When he's able to walk again and they've dried enough roots and cactus fruit to travel some distance, the pair heads north. At a smoldering ranchero, they extract an arrowhead from Santiago, the half-Mexican, half-Apache survivor of a raid by gringo scalp hunters whose gruesome trophies--as long as they're dark-haired enough to pass for Indian--fetch a high price from the governor of Sonora. Eager for vengeance but needing time to recover from his injuries, Santiago joins Shea and Socorro on their journey to a peaceful, stream-watered valley in the rolling foothills of Arizona, where they take in Tjúni, a Papago woman who managed to escape an Apache raid but lost her entire family. The four refugees must rely on their courage, loyalty, and resolve to build a new home and fend off bandits. They win the friendship and protection of a great Apache chief, Mangus Coloradas, who allows Shea--after he proves his bravery by enduring a red-hot iron to the cheek--to become the guardian of Talitha, a Mormon captive, and her two-year-old, half-Apache brother, James. Over the years, Talitha grows into a stunning, headstrong beauty whose love for her foster father burns with passionate intensity. A page-turning saga of destiny and desire set during a fascinating period in American history, The Valiant Women is as vibrant and unforgettable as the sunset over a desert canyon.