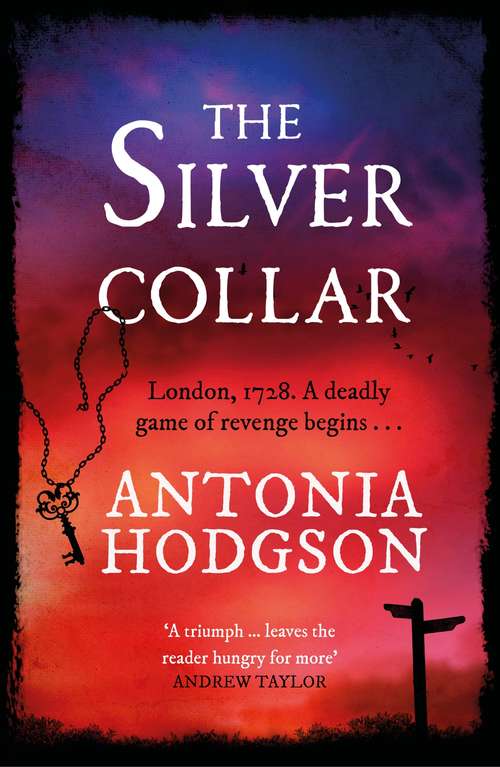 A triumph, a fine addition to a historical crime series that gets better with every book. Antonia Hodgson gives us dark melodrama with wit, and a driving narrative with impeccable research . . . it leaves the reader hungry for more - Andrew TaylorThe next rip-roaring thriller from Antonia Hodgson, featuring Thomas HawkinsAutumn, 1728. Life is good for Thomas Hawkins and Kitty Sparks. The Cocked Pistol, Kitty's wickedly disreputable bookshop, is a roaring success. Tom's celebrity as 'Half-Hanged Hawkins', the man who survived the gallows, is also proving useful. Their happiness proves short-lived. When Tom is set upon by a street gang, he discovers there's a price on his head. Who on earth could want him dead - and why? With the help of his ward, Sam Fleet, and Sam's underworld connections, Tom's investigation leads to a fine house in Jermyn Street, the elegant, enigmatic Lady Vanhook and an escaped slave by the name of Jeremiah Patience.But for Tom and Kitty, discovering the truth is only the beginning of the nightmare. A powerful, deeply immersive thriller, The Silver Collar is both a celebration of love and friendship, and a terrifying exploration of evil. 'Hodgson once again shows what a skilful writer of historical thrillers she is' The Sunday TimesPraise for Antonia Hodgson'In a tale that more than matches its predecessors for pace and atmosphere, Hawkins is forced into confrontation with a psychopathic killer . . . hugely enjoyable' - The Sunday Times'One of the most impressive practitioners of the historical crime genre' - Independent