The End of the Rhetorical Presidency? 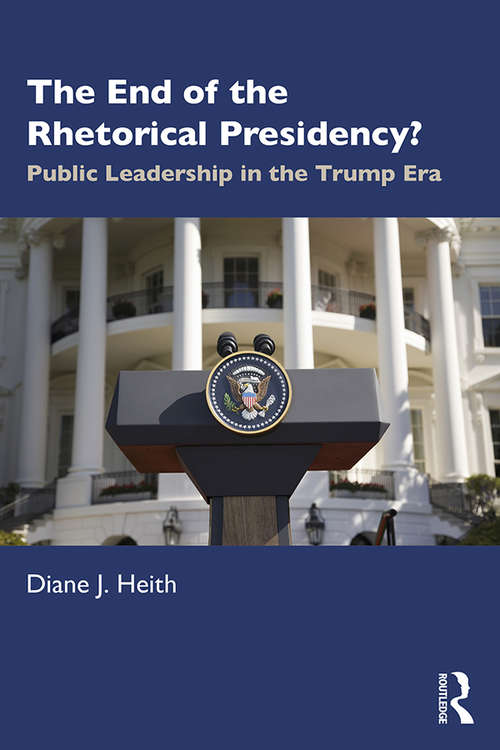 The End of the Rhetorical Presidency? Public Leadership in the Trump Era explores one of the most disruptive aspects of the Trump presidency.

Since the FDR administration, presidents developed the capacity and skill to use the public to influence the legislative arena, gain reelection, survive scandal and secure their legacy. Consequently, presidential rhetorical leadership has its own norms and expectations. Comparing President Trump’s communications apparatus as well as rhetoric (including Twitter) to previous presidents, Diane Heith demonstrates how Trump exercises leadership by adhering to some of these norms and expectations, but rejects, abandons and undermines most. Heith argues that his individual, rather than institutional, approach to leadership represents a change in tone, language and style. She concludes that the loss of skill and capacity represents a devolution of the White House institution dedicated to public leadership, especially in the legislative arena. More significantly, the individual approach emphasizes weakening the ability of the press and other political elites to hold the president accountable.

This book will appeal to students and scholars of the presidency as well as general readers who quest for a deeper understanding of the Trump White House.