Becoming a Woman Through Romance 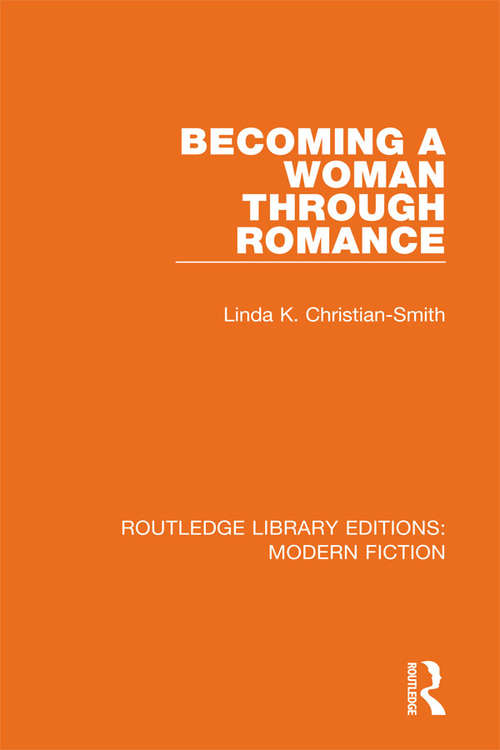 A woman is incomplete without a man, motherhood is a woman’s destiny, and a woman’s place is in the home. These conservative political themes are woven throughout teen romance fiction’s sagas of hearts and flowers.

Christian-Smith situates teen romance fiction within the rapidly changing publishing industry and the important political and economic changes in the United States surrounding the rise of the New Right. By analysing the structure of the novels in terms of the themes of romance, sexuality and beautification, and the Good/Bad and Strong/Weak dichotomies, she demonstrates how each has shaped the novels’ versions of femininity over forty years. She also shows that although romance fiction is presented as a universal model, it is actually an expression of white middle class gender ideology and tension within this class.

This high readable, comprehensive and coherent work was the first to combine in one volume three vital areas of cultural studies research: the political economy of publishing, textual analysis, and a study of readers. The first full-scale study of teen romance fiction, Becoming a Woman through Romance establishes the importance of the study of popular culture forms found in school for understanding the process of school materials in identity formation.