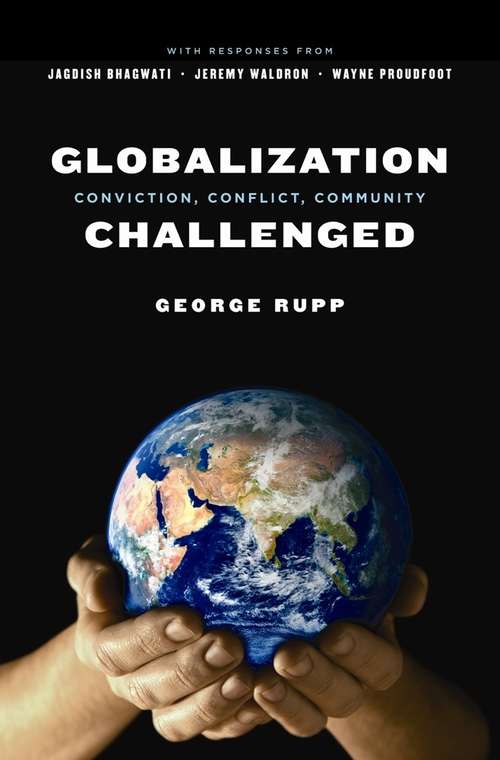 In Globalization Challenged, George Rupp, president of the International Rescue Committee, outlines the steps necessary to engage the contemporary conflict between traditional religious belief and Western secularism. According to Rupp, the key objective is to build a community that is inclusive without denying the validity of particular commitments. While he acknowledges the threat of "resurgent fundamentalism," Rupp also criticizes secularists who fail to recognize or acknowledge the role of religion and its ideological equivalents in influencing public policy. All views, he asserts, are subject to comparative appraisal. The challenge is to develop ways to evaluate different approaches responsibly, leading to a greater understanding of one's own convictions as well as the positions of others.Rupp reinforces his critical and theoretical analysis with dramatic accounts of recent events in Afghanistan, the Democratic Republic of Congo, and Sudan—places where the International Rescue Committee operates. He then addresses the role of globalization in fueling instability worldwide. Inadequately regulated privatization has compromised health care, education, and social programs in many countries, whereas an inclusive community would encourage a more equitable distribution of resources.Essays by Jagdish Bhagwati, Jeremy Waldron, and Wayne Proudfoot expand Rupp's arguments, and in a final chapter Rupp responds to the issues they raise. Essential reading for anyone who hopes to understand the roots of today's geopolitical tensions, Globalization Challenged asks that we shed our complacency, recognize the legitimate role of conviction, and take actions to shape a more just and inclusive society.