The Culture of the Book in Tibet 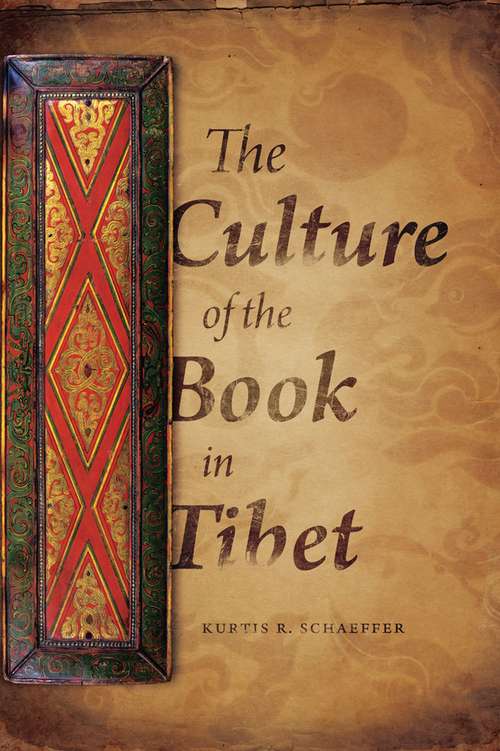 The history of the book in Tibet involves more than literary trends and trade routes. Functioning as material, intellectual, and symbolic object, the book has been an instrumental tool in the construction of Tibetan power and authority, and its history opens a crucial window onto the cultural, intellectual, and economic life of an immensely influential Buddhist society.Spanning the fourteenth to the eighteenth centuries, Kurtis R. Schaeffer envisions the scholars and hermits, madmen and ministers, kings and queens who produced Tibet's massive canons. He describes how Tibetan scholars edited and printed works of religion, literature, art, and science and what this indicates about the interrelation of material and cultural practices. The Tibetan book is at once the embodiment of the Buddha's voice, a principal means of education, a source of tradition and authority, an economic product, a finely crafted aesthetic object, a medium of Buddhist written culture, and a symbol of the religion itself. Books stood at the center of debates on the role of libraries in religious institutions, the relative merits of oral and written teachings, and the economy of religion in Tibet.A meticulous study that draws on more than 150 understudied Tibetan sources, The Culture of the Book in Tibet is the first volume to trace this singular history. Through a single object, Schaeffer accesses a greater understanding of the Tibetan plateau.